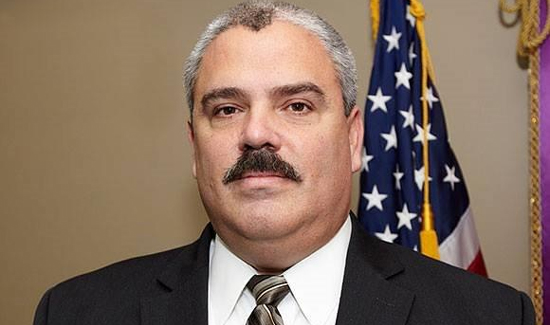 Tensions between police and prosecutors have emerged as Jacksonville’s new state attorney, Melissa Nelson, brings changes to her office.

But this month brought the creation of a new State Attorney’s Office division intended to focus on police abuse, along with elder abuse, hate crimes and human trafficking. Chief Assistant State Attorney Mac Heavener specifically cited the Borisade situation as the type of police-abuse case the division would prosecute.

The police union reacted sharply. “Sadly, it appears another politician is needlessly attacking Jacksonville’s finest,” read a Facebook post that included an open letter to Nelson.

Steve Zona, president of the Jacksonville chapter of the Fraternal Order of Police, wrote about the division in three different posts. “One word…..chilling. Activists and defense attorneys will decide when police officers should be charged,” he wrote in the first post. “Nothing to see here folks, move along.”

In subsequent Facebook posts, he specifically took aim at Octavius Holliday, the head of the division and the president of the D.W. Perkins Bar Association, an organization for black attorneys in North Florida. Though Holliday wasn’t quoted in the story talking about police abuse, Zona re-posted the story and said Holliday was a part of “anti-police squads.”

Holliday had returned to the State Attorney’s Office when Nelson won election. He had worked the last few years as a defense attorney, and Zona took issue with the fact Holliday had previously represented a community activist, Diallo Sekou, who has been vocal in calling for more police transparency and accountability. Zona said he brought this to Nelson’s attention and “I hope now … she does the right thing.”

Legal experts said it’s unfair to criticize lawyers for who they’ve represented; the U.S. Constitution includes a right to counsel. Sekou was charged with a misdemeanor after leading protests that shut down a highway; after he pleaded no contest, he was sentenced to probation.

“It’s very unprofessional for Steve Zona to say ‘anti-police squads,’” Sekou said, adding that he views himself not as anti-cop, just pro-community. “It’s very reckless and dangerous to call someone [part of] an anti-police squad.” Sekou also specifically praised Sheriff Mike Williams, who has said he supports the state attorney’s human-rights division.

On Wednesday, both Nelson and Zona declined to be interviewed but each issued a written statement. Nelson’s office did not make Holliday available to comment.