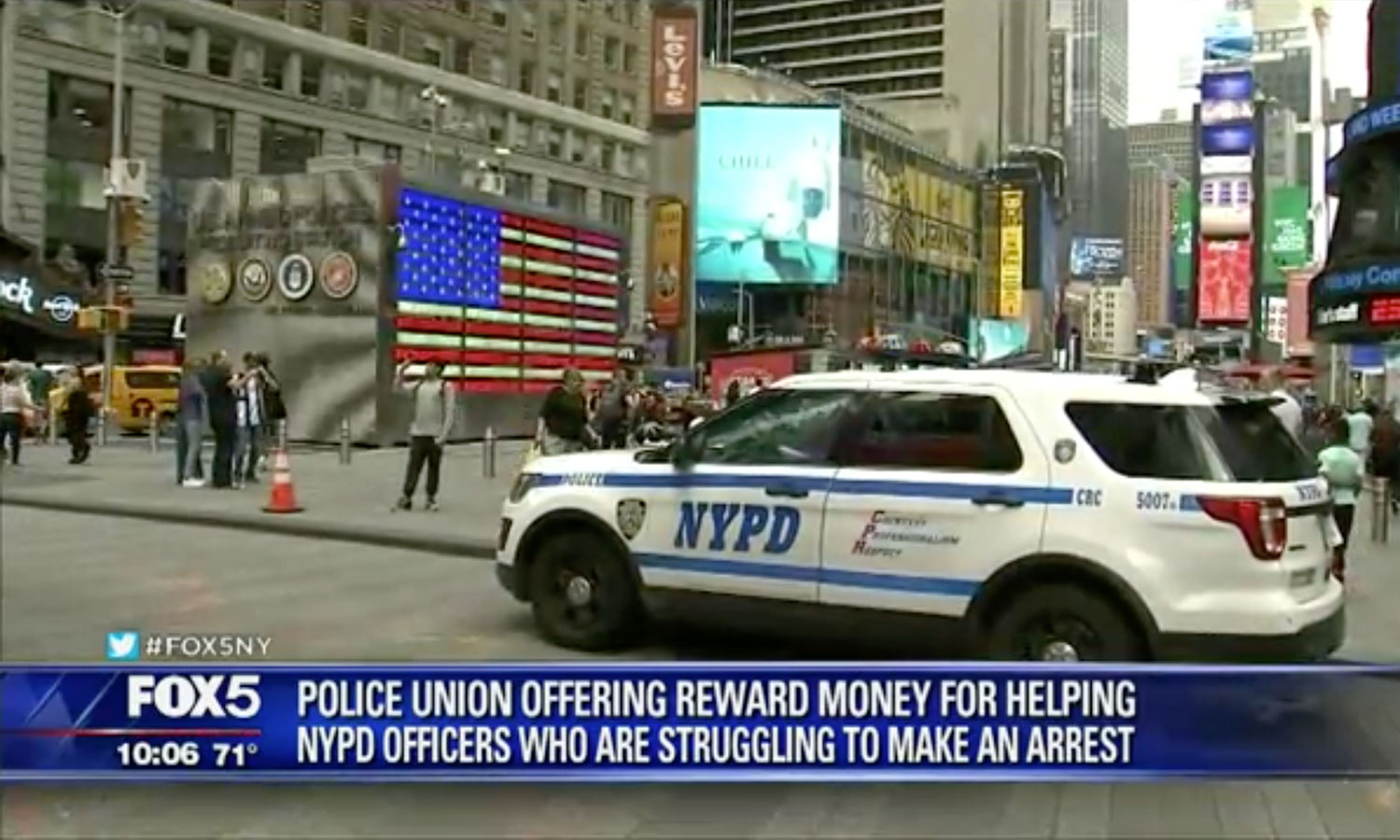 The union that represents sergeants in the NYPD wants to give $500 cash rewards to people who help police officers involved in violent confrontations.

The program is “not designed to create vigilantes,” Sergeants Benevolent Association President Ed Mullins said at a press conference. “It’s designed for people to get involved in their communities to support the police.”

“We don’t want civilians to come out and start beating people with bats,” Mullins said. “We want you to help restrain and follow the direction of an officer that is out there.”

Mullins complained about civilians who stand by while a police officer is in a struggle with a suspect and use their cellphone to record the incident instead of help.

“This has got to stop, and hopefully this program will incentivize good Samaritans to do the right thing,” he said.

Mullins claimed the initiative is needed because the department leadership is going soft and sending mixed messages to the rank and file about how to enforce the law.

But the police department does not support the idea.

“The NYPD encourages people to support their cops by calling 911,” the NYPD said in a statement. “The department doesn’t want to see people put in harm’s way unnecessarily to collect a reward.”

Dr. Darrin Porcher, a retired NYPD lieutenant, said that in most cases civilians would be at risk.

“The average citizen is not trained to assist police officers in encounters with civilians,” he said. “Therefore, I’m a firm proponent of using 911 and have the proper authorities, the trained professionals, come in.”

“The current good Samaritan law does not protect citizens who assist first responders,” Golden told the New York Post. “It is my intent to introduce legislation in the Senate that corrects this shortcoming.”