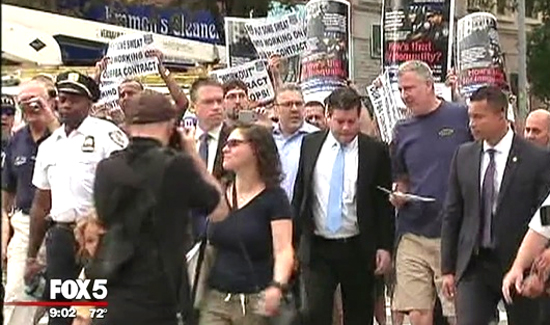 “We want him to support NYC police officers, pay us as professionals, staff us properly and equip us so we can equip ourselves and protect the public as well. He’s refused to do that,” Patrolmen’s Benevolent Association President, Pat Lynch, told a gaggle of reporters outside Gracie Mansion.

Lynch vowed that his members would be showing up at all of the maCoffeeyor’s favorite morning haunts.