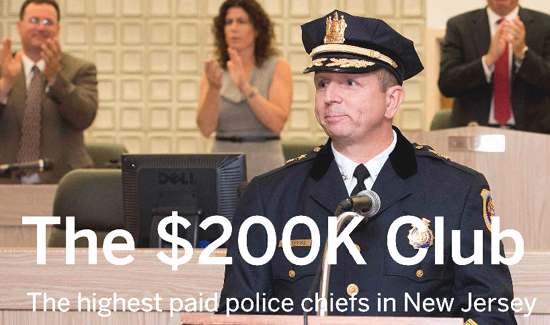 The 32-page complaint details more than two dozen specific incidents this year in which, the police union says, Kranjac or McMorrow acted to interfere with the operations of the department including attempts to schedule training for officers, to interfere with how officers are paid and to interfere with internal-affairs investigations.

The lawsuit also questions the motivation behind an internal-affairs complaint lodged by McMorrow against union leaders over a letter they wrote to Police Chief Michael Cioffi explaining why they canceled a community policing event this summer.

The lawsuit claims that McMorrow has conflicts of interest with the police department and Police Chief Michael Cioffi. Her husband, former Deputy Chief Michael McMorrow, who resigned last month citing a hostile work place, has filed two lawsuits against Cioffi and the borough. One was settled the other is active.

“The interference was designed to be petty and vindictive and to assert individual authority over the operation of the police department,” the court papers state, terming such actions an “express violation of the municipal ordinances.”

McMorrow said the claims in the union lawsuit are “demonstrably false,” in a prepared statement Saturday.

“In the end, I know the people of Englewood Cliffs are smart enough not to be fooled by the timing of this baseless Complaint, and I look forward to vindicating my name,” McMorrow said referring to the municipal election Tuesday. “I have the utmost of respect for police both in my public life and in my private life as the wife of a police officer who served Englewood Cliffs residents for over 42 years. For anyone to lie and say I don’t support our local police, is disgraceful, offensive to my entire family and disrespectful to my husband’s dedicated service.”