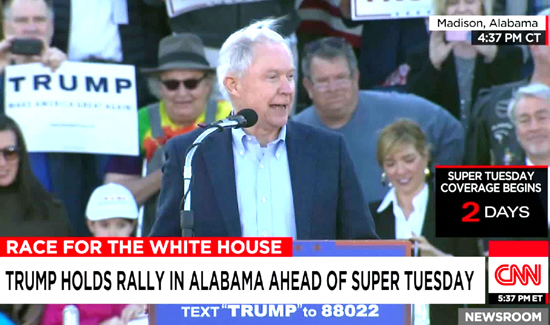 The Fraternal Order of Police — the largest police police union in the United States, which forcefully endorsed President Donald Trump in the 2016 campaign — is now warning that his administration’s threats to cut federal funding to police forces in “sanctuary cities” is a risk to public safety, Reuters reported.

FOP executive director Jim Pasco, along with other police union leaders, met with Trump on Tuesday at the White House, where Pasco reportedly told Trump that cutting federal funding to police over sanctuary city policies could negatively impact police in those cities, according to Reuters.

A day earlier, Attorney General Jeff Sessions announced that cities who do not tip off federal immigration officials when an undocumented immigrant is released from police custody could see their federal grant money for things like community policing and terrorism prevention revoked.

Trump, for his part, reportedly told Pasco that he would make sure public safety would not be affected by the federal funding cuts — a major discrepancy with Sessions’ statement on Monday.

I would expect police to uphold the laws regarding enforcement of illegal aliens rather than try to get around them.

This sounds like local politicians panicking over losing their welfare.