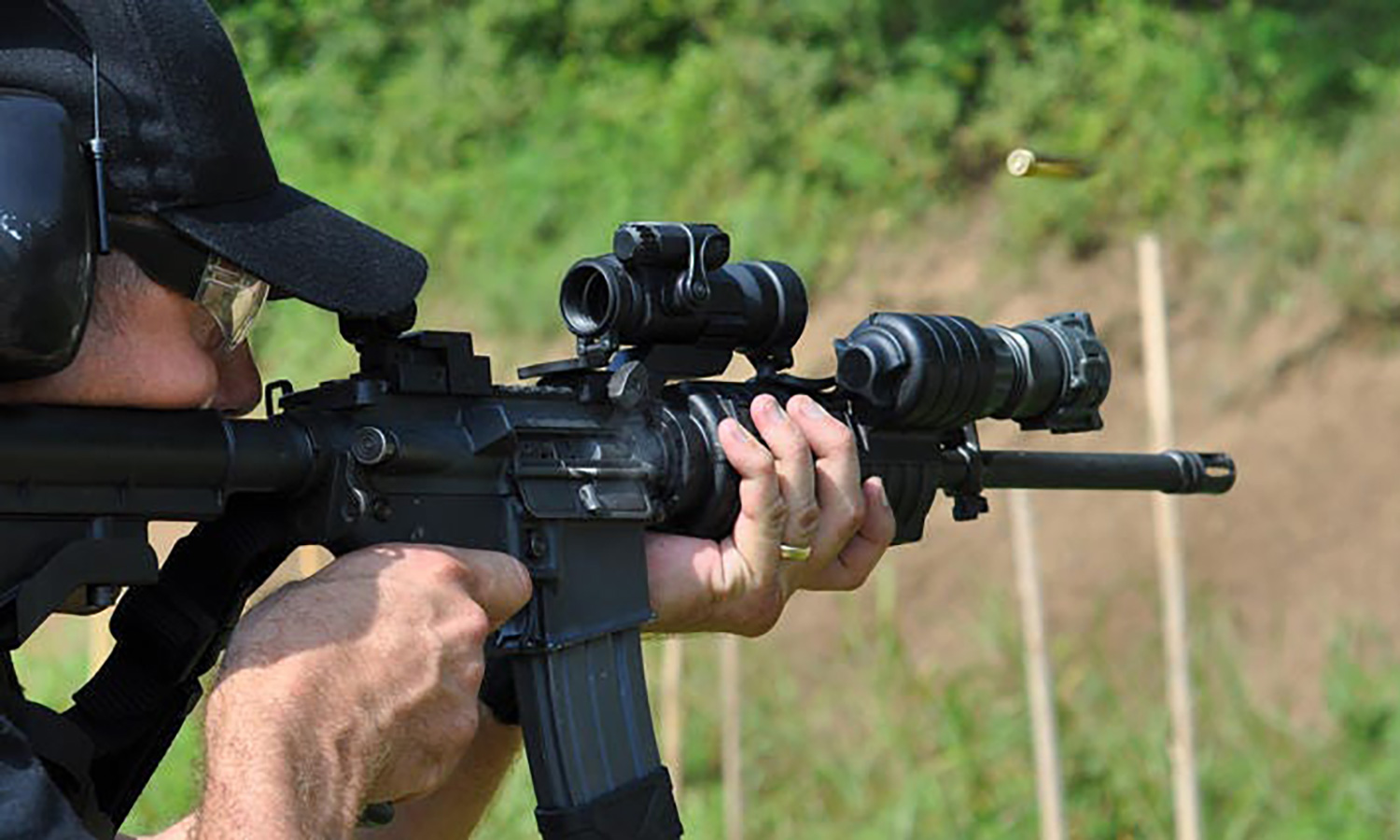 Union says officers are out-gunned, like David vs. Goliath

ST. LOUIS (KMOX) -A union representing St. Louis City police officers wants the department to issue assault rifles to every officer – to match the fire power of guns on the streets.

“On a daily basis, my guys encounter people in car stops who have AR-15s and AK-57s and other high-powered, semi-automatic weapons that could be used against them, and we do not have the weapons to respond with,” Roorda said.

For five years, Roorda says, the union has been requesting the department provide something stronger than the 9mm pistols officers carry. The department also provides shotguns and Roorda says some assault rifles were issued a while back, but the program has not been effective.

“The sergeants are supposed to have semi-automatic rifles, but that’s been a complete disgrace,” Roorda said, ” I mean, the rifles they bought are already out of production and they can’t get parts for them.”

The St. Louis Metropolitan Police Department declined to comment on the story, but Mayor Lyda Krewson agrees the police are at a disadvantage.

“I do agree with the police department that they are out gunned in many cases,” Krewson said. “Some officers do have long guns and those are primarily officers on special teams and SWAT teams. I think whether or not everyone needs an assault rifle is the question.”

Asked what the answer is for officers who have only 9mm pistols, she said reform is needed to limit the flow of assault rifles to criminals.

“I think the answer is to prevent others from having the AR-15s,” Krewson said.

Krewson spoke with KMOX after a news conference last week, an event in which she voiced her support for federal legislation that would allow local towns to pass their own local gun laws. She’s supporting Congressman Lacey Clay’s proposal to let the U.S. Department of Justice withhold grant money from states, such as Missouri, that prohibit local towns from having background checks, no-gun zones, ammunition limits and bans on the sale or transfer of semi-automatic assault weapons.

Meanwhile, Roorda says his officers feel like they’re in a “David vs. Goliath” contest when they face possible gun fights with better-armed criminals.

“It’s happened on multiple occassions over the last five years, and I just knock on wood that we haven’t had a different outcome,” Roorda said.

I am all for the Police being better armed against the criminal element.

I am however, against statements like “I think the answer is to prevent others from having the AR-15s,” Remember also, that the typical AR-15 that can be purchased by the public is not actually an “assault rifle” by definition. You have to have an Class 3 FFL to purchase and possess an “assault rifle.” Please quit using misleading verbiage to get your point across.

One other point, if you want to play the numbers game. All law enforcement personnel know that 90% or better of all crimes committed with firearms are being done with stolen, or illegally obtained firearms. Addressing the problem by more legislation on legal firearms is not logical and has proven time and time again to be ineffective. When are y’all gonna see that?????

Quite a few departments around the country already issue M-4 or AR-15 rifles as standard patrol car armament. Get on board St Louis and properly arm your officers so they have a better chance of going home every night!!!