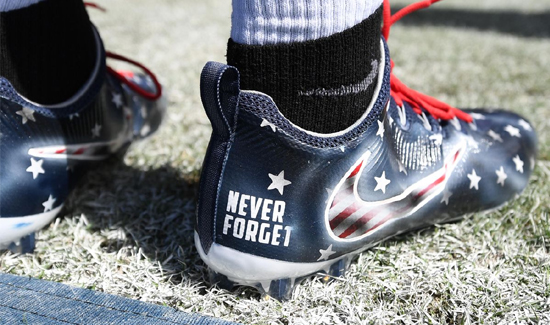 The groups have offered to pay a fine levied by the NFL against Williamson if the Titans’ starting linebacker goes through with his original plan to honor those who died on Sept. 11, 2001, by wearing custom patriotic cleats during the team’s season opener against the Minnesota Vikings on Sunday, the 15th anniversary of the 9/11 terrorist attacks. Williamson’s plan changed when a league representative called to inform him about a looming fine for violating uniform code.

“I don’t want to draw negative attention, so I’m just going to focus on playing the game,” Williamson told The Tennessean on Friday. “Once I heard from them, I didn’t even try to argue anything. I just left it alone. I didn’t want to press the issue.”

Bobby Egbert, the public information officer for the Port Authority Police Benevolent Association, the union that represents the police officers of the Port Authority of New York and New Jersey Police Department, reached out to The Tennessean early Saturday morning. His email read, in part: