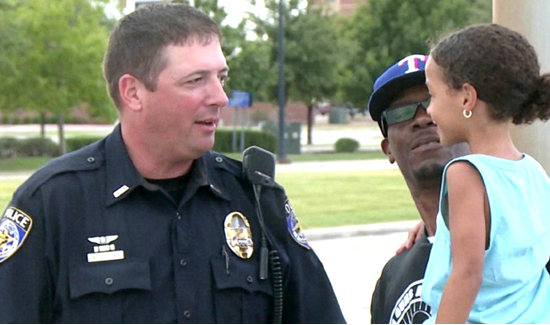 As far as anxiety goes, Americans are dealing with more of it than they’d like to.

As far as policing is concerned, cops feel like they’re working a more dangerous job than it used to be.

In addition, people who get pulled over by police are aware of the fact that police officers are worried for their safety these days.

As they say, “there’s no such thing as a routine stop.”

That may or may not be true, but a recent stop involving a man and his frightened daughter was anything but routine.

What made it so special was the fact that the officer went so far out of his way to make sure the girl left the encounter without a negative association with respect to law enforcement.

Policing experts say that public safety is a challenge if there isn’t some level of trust between police and communities.

And it’s smart stuff like this that makes all the difference.