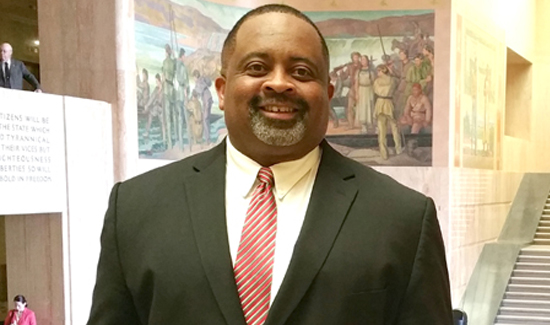 Ed. Note: Larry O’Dea, the police chief in Portland, Oregon, is retiring as authorities continue to probe a hunting accident in April when he allegedly mistakenly shot and injured a friend. The controversy erupted when Chief O’Dea claimed his friend’s wound was self-inflicted, but an investigation revealed the Chief had fired the shot that hurt his friend.

The resignation of Larry O’Dea continues a changing of the guard at several large West Coast police departments, following greater scrutiny of police leadership nationwide. In California, Oakland and San Francisco have recently dropped their police chiefs after turmoil in those departments. Cities across the country have been quick to oust chiefs after deadly confrontations spurred nationwide protests starting in 2014.

Below is a statement from Daryl Turner, president of the Portland Police Association about the situation:

Rebuilding from the Top Down
by Daryl Turner, President, Portland Police Association

A dark cloud has been lifted from over the Portland Police Bureau with the much needed departure of Larry O’Dea and arrival of Mike Marshman as Interim Chief of Police. The rank and file who patrol our streets, investigate crimes, and build relationships in the community can breathe a sigh of relief. For the past few weeks, we have watched as the Bureau suffered under Larry O’Dea’s lack of leadership and ownership of his actions. During a time where staffing has dramatically decreased to an all-time low and morale is as bad as it gets, we needed a police chief to lead us with strength and integrity. Larry O’Dea was not that person.

We are optimistic that Chief Marshman can breathe new life into our Police Bureau. Mayor Hales made a tough decision. It was the right one. Taking the step of appointing a new interim chief was absolutely necessary. But it’s only a first step. We still have a lot of work to do.

With change comes opportunity, and we must act fast to address the many grave concerns we have regarding the future of this organization. We must find a way to retain our current cadre of officers who have held this organization together during these tumultuous times. We must find a way to recruit the best and brightest officers who are qualified to perform the type of policing that Portlanders deserve and expect. We must find a way to serve our city with our dwindling resources. We must take this opportunity to ensure policy makers in our organization, including the captain of our Professional Standards Division, fairly and equitably abide by the cornerstones of integrity, transparency, and accountability.

We are at a critical crossroad. Although we’re still angry and in disbelief by the deep wounds inflicted on our organization by the outgoing chief, we are optimistic that we can work collaboratively with Chief Marshman to rebuild this Police Bureau. It will take hard work; our rank-and-file members—and now Chief Marshman—are up to the task.