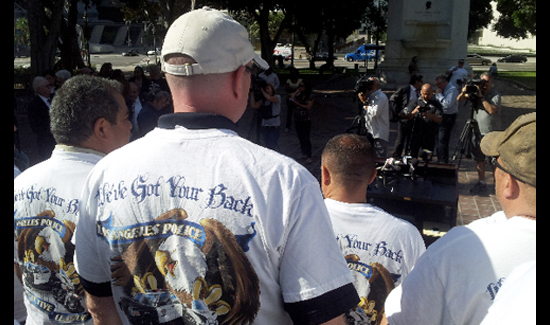 According to the New York Times, a recent Justice Department report places the US prison population at 1,574,741 last year –  that’s an increase of 4,300 over the year before. While there was a slight decrease in the number of federal prisoners that was more than canceled out by an increase in inmates in state prisons.

While soft-on-crime types frequently try and make the case that we lock up too many people, they rarely mention the fact that crime rates are probably so low because of all the hard work done by cops and the groups that represent them.

For instance, California liberals recently got enough signatures to get Proposition 47 on the ballot. The measure, according to Los Angeles Police Protective League, would release thousands of dangerous criminals into our communities and jeopardize public safety.

Anywhere I can get one of these T-Shirts?