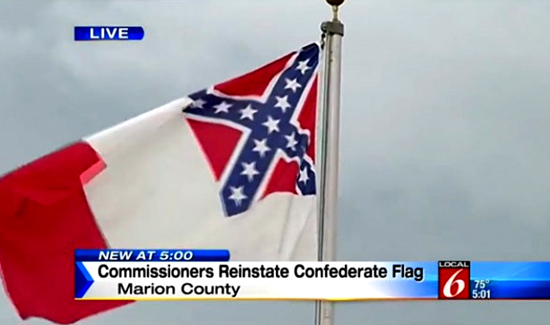 If you want to understand just how divided our country is right now, ask someone about Donald Trump.

“I’m not really sure,” is the last thing you’re likely to hear after posing that question.

But despite the fact that Facebook, the corporate media, and other popular sources of information would have us believe otherwise, the fact of the matter is that the U.S. of A. has always been—and will likely always be—what some people refer to as “a beautiful mess.”

Even though they’ve become slightly negative buzzwords—or what political pollsters call “frames”—diversity and differences are actually what makes this a great country, in the eyes of many.

Others look at something like a heated protest, such as one between supporters of the Confederate flag squaring off with African-American residents, and take tremendous pride in the scene.

Why? Because in a functioning democracy, what’s required in order for people to freely express themselves—as is their right under the Constitution—is a professional police force that knows what it’s doing.

Cool-headed cops with good training and good management are a critical ingredient in the recipe for American freedom.

All the cops that worked the recent Confederate flag protest in Southern Florida deserve tremendous praise for their planning, professionalism, and most importantly, creating a safe environment where differences of opinion didn’t lead to violence.