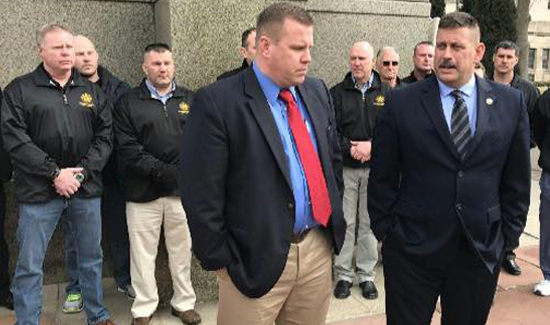 John Wells, the president of the Omaha Police Officers Association, recently traveled to Lincoln, Nebraska’s capital city, to join with hundreds of protestors making a stand against a proposal that, if passed, will end the right of all city workers in that state to have a pension plan.

If the bill passes, cities like Omaha would be forced to switch to a cash-balance-type plan. Cash-balance pension plans are easily portable, meaning there is no incentive for employees to stay.

Omaha Chief Todd Schmaderer says that these “portable pensions” will negatively effect his ability to recruit and retain officers for the Omaha Police Department.

If the bill passes, Omaha would morph into the next San Jose or Dallas. The Omaha P.D., which runs the state’s top training center for law enforcement employees, will incur a great expense to train recruits, who will then take their certifications and go work somewhere else.

401k and HSA are the only viable long term options. If people are leaving then it’s because you need to improve your department.