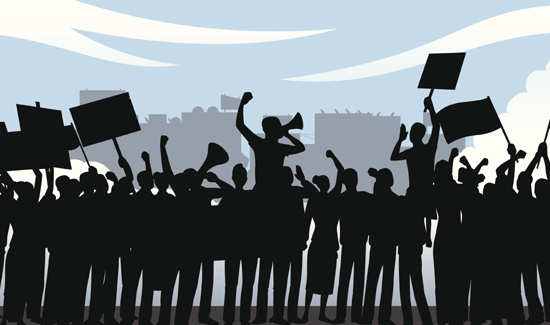 In Seattle, a  “Black Lives Matter” protest spun out of control earlier this week, resulting in a possible broken leg for a police officer, though the Seattle Police Department would not confirm details.

According to KOMO-4 News, protesters used pipes to chain themselves together and laid down on the highway.

After one group of protesters was arrested, the rest of the group moved downtown, where the agency says a use-of-force incident occurred, possibly resulting in the officer’s leg being injured.

“People are putting their lives on the line to make a statement that black lives do matter,” said Monica Avery, one of the protest organizers. “And there is a national call from Ferguson action and other black-led groups to start moving our lives and putting our bodies on the line to move the movement against police brutality.”