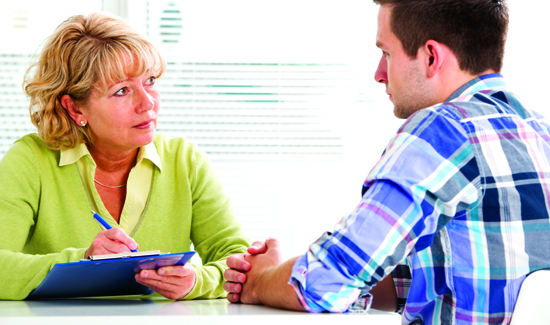 To people outside the world of law enforcement, psych screening or testing for new officers seems like a no-brainer.

When some officers in Minneapolis complained that the psychological testing was biased and making it harder for people to join the law enforcement profession, Commander Gerald Moore explained the problem.

“The officers look at it from the standpoint that they’re being discriminated against in some form or fashion, and I think they look toward the psychiatrist and don’t feel as though they’re being represented,” Moore told the Star Tribune last January.

Whether or not there will be similar levels of resistance in South Carolina remains to be seen as that state will now require psychological testing for police hires.

Starting next year, anyone that’s applying for a police position in South Carolina will have to produce proof that they’ve passed a psych evaluation before they can enroll for training.

“In the environment we’re policing in today, with the scrutiny of law enforcement, obviously this is more important than ever,” State Law Enforcement Division Chief Mark Keel, chairman of the Law Enforcement Training Council.

At accredited agencies in the Palmetto State this isn’t an issue. They already require testing. But out of the roughly 300 agencies in South Carolina, just 59 of them are accredited.

The good news is that the legislature is funding the testing. There’s about a half million dollars budgeted to reimburse agencies for the cost of the screening. It costs $300 per screening, Swindler said.

“So many agencies — especially small, rural agencies — are not able to afford a psychological evaluation and testing,” Foster told reporters.

Andrew Ryan is a retired NCIS chief psychologist and former chairman of psychological services for the International Association of Chiefs of Police.

He says this ain’t rocket science.

“The idea is to make sure we don’t let anyone into the system where there’s some question,” Ryan said. “It’s very hard to argue down the road if a mistake is made. ‘Well, we thought he was a good guy,’ or, ‘He looked like he was going to be a good guy,’ doesn’t work.”

Obviously just psychologically testing cops to see if they should be cops isn’t some kind of silver bullet.

The new mandate only means that a test has to take place.

Hiring is still up to each agency’s chief or sheriff.

“We do not make them show us the results. That’s on that agency. That’s where the liability falls,” Swindler said. “Hopefully, people will use it properly.”