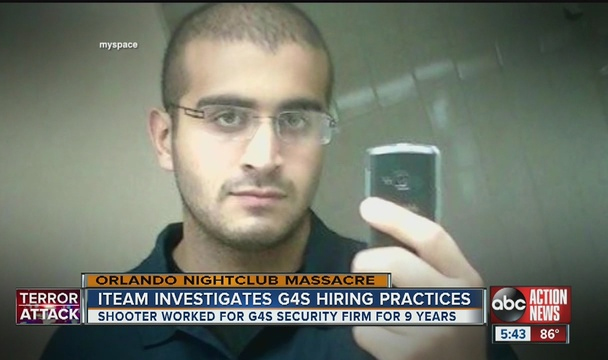 Since the Pulse nightclub mass shooting in Orlando, the state has taken steps to increase oversight of people with the same type of security-related licenses held by the gunman, Omar Mateen, a Florida official said.

Mateen had a security officer license and a statewide firearms license, according to Florida Department of Agriculture and Consumer Services records. He was properly licensed for the job he held.

Mateen worked for the large security firm G4S. More than 50,000 people in the United States and Canada work for G4S, and are involved with providing security for entities including governments, ports, airports, nuclear plants and residential communities.

The security officer license Mateen held at the time of the shooting, known as a class “D” license, was required for anyone who “performs the services of a security officer,” according to the state agency’s website.

Holders of the license are allowed to “bear a firearm” if they also have the statewide firearms license, known as a “G” license. Mateen had that also.

According to Jenn Meale, communications director for the Florida Department of Agriculture and Consumer Services, the department enhanced oversight of the class “D” and “G” licenses.

She said they include accessing real-time data from a Mental Competency, or MECOM, database that is overseen by the Florida Department of Law Enforcement.

Meale said her agency gets daily updates of those holding “G” licenses who have information submitted to the MECOM database.

“Once we receive that information, we can take action to suspend the license,” Meale said via email.

She said when a license holder “commits a forcible felony or a crime with a firearm, we are notified within 24 to 48 hours once the individual is charged and fingerprinted.”

Such arrests result in a license suspension.