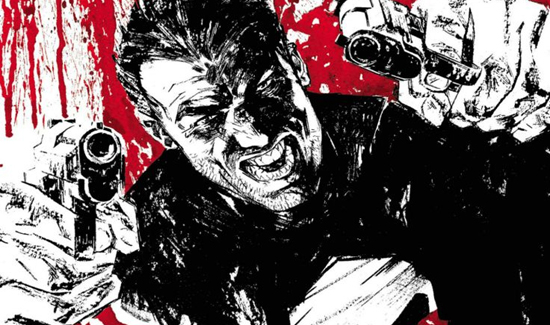 Trying to explain why using imagery from comic books to brand your agency is appropriate can be challenging.

Solvay, N.Y. — The Solvay police won’t be removing the decals of The Punisher, a comic book vigilante character, off their vehicles, a department lieutenant said Wednesday afternoon.

“The Punisher symbol on the patrol vehicles of the Solvay Police Department, while similar to the symbol featured in Marvel comics, is our way of showing our citizens that we will stand between good and evil,” the statement from Chief Allen Wood and Lt. Derek Osbeck said.

The department has no intention of removing the decal from its vehicles, Osbeck said in a phone interview Wednesday afternoon. “There would be no reason to,” he said. “Why would we remove it?”

Other than a Marcellus man, who saw the decal Monday on a police SUV, and then emailed Mayor Ron Benedetti and a village trustee about the symbol, there has been no backlash from the Solvay community, Osbeck said.

Months ago the department placed a small decal of an American flag colored black and white with a thin blue line imprinted over a skull on its cars. The skull is a symbol for The Punisher, a Marvel Comic vigilante character who uses murder, torture, extortion and kidnapping to battle crime.

“There is no vigilante justice that takes place in our community or within our department,” the statement said. “The insinuation is insulting to those that stand up against evil and are willing to fight for and protect those that are in need.”

“There is clearly a war on police and the criminal element attempting to infiltrate and destroy our communities, lifestyles and quality of living requiring men and women willing to stand up to evil and protect the good of society,” the statement said.