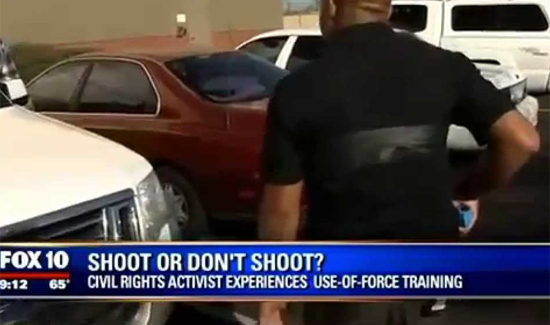 Police officers rarely use force in apprehending suspects, and when they do they seldom cause significant injuries to those arrested, according to a multi-site study published in the March issue of the Journal of Trauma and Acute Care Surgery.

“The use of force by police can result in serious injuries and fatalities, but the risk of significant injuries associated with different types of force is poorly defined,” said the study’s lead author, William P. Bozeman, M.D., professor of emergency medicine at Wake Forest Baptist Medical Center.

In reviewing 1.04 million calls for service received by three mid-size police departments in three states over a two-year period, the researchers found 893 use-of-force incidents, which represented 0.086 percent (1 in 1,167) of all calls and 0.78 percent (1 in 128) of the 114,064 calls that resulted in criminal arrests.

Unarmed physical force (51 percent) and conducted electrical weapons such as Tasers (36 percent) were the most common methods used by police, followed by chemical agents such as pepper spray (6.3 percent) and dogs (3.4 percent).

Handheld impact weapons such as batons, impact projectiles such as plastic bullets, and firearms were less commonly used (each less than 1 percent). Analysis showed that most of the 16 significant injuries were associated with firearms and dogs while none were incurred in the 504 uses of conducted electrical weapons (Tasers).

The suspects were primarily male (89 percent) with a mean age of 31.

No data on race or ethnicity was available to the researchers.

“A remarkable finding in the study is how infrequently police use force at all – less than 1 in 1100 calls for service and less than 1 in 120 criminal arrests is surprisingly low, and contrary to many perceptions that police commonly use violence in their interactions with the public,” Bozeman said.

The research was funded by National Institute of Justice.