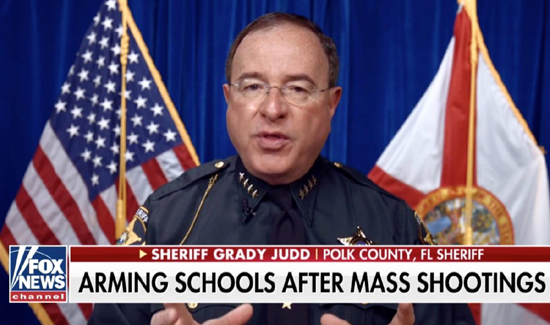 Should we hand out Glocks and shotguns to school teachers and just hope for the best?

Isn’t one of those “good guys with a gun” the only thing that can stop “a bad guy with a gun?”

In Texas, Amarillo police officers recently shot an innocent man who helped stop a possible church shooting so while the NRA slogan works great for a bumper sticker stopping active shooters is actually kind of complicated.

And even thought the folks that think more guns are the answer say the teachers will have tactical training superior to that of police officers, some are still skeptical of the idea that a 69-year-old biology teacher will be able to go full Mossad commando in a split second.

If you own a gun store or are a gun rights activist, more guns as a solution to gun violence always makes sense for several obvious reasons.

But what about a cops that were also soldiers with combat experience. They might have a few ideas about the plan to arm and train teachers.

“The amount of training that is necessary to proficiently handle a weapon in a crisis is a problem even for police departments. Right now, I shoot twice a year with my department, and that’s no where near enough,” he said. “And you think you’re gonna put a gun in the hand of an honors English teacher and think they’re going to be effective when the shooting starts? No, absolutely not.”