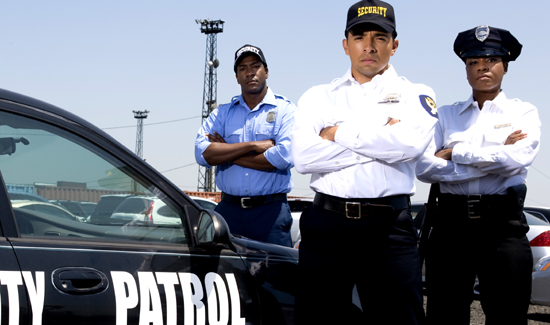 If you read American Police Beat, you already know that in some parts of the country like Virginia and Western Pennsylvania, the guys with the guns, badges, and uniforms aren’t even real cops.

One of the worst parts of the aftermath of 9/11 was the blurring of the lines between police, security, intelligence, and military.

The way all this was sold—this move from certified and trained police officers to civilians—was that we need “more eyes and ears out there to spot terrorists.”

Well, the terrorists never showed up, but man alive, do we have lots of eyes and ears out there on patrol.

Depending on what state you’re in, civilians might have powers of arrest and authority to use deadly force.

At any rate, the influx of so many volunteers—many of whom work for free and buy their own gear—is going to make getting a decent deal at the bargaining table that much more difficult.

Why mess around with collective bargaining and binding arbitration when you can just hire people that work for free that can be fired without cause?

The only problem is that should anything go wrong in terms of a controversial use of force incident involving a non-cop, it could very well bankrupt a small town when the plaintiffs win the lawsuit.

Making matters much, much worse, citizens are not likely to make the distinction between real cop and volunteer. That means the certified police officers will be dealing with any blowback resulting from the behavior of a volunteer that has a bad day and loses it with a group of lippy teenagers.