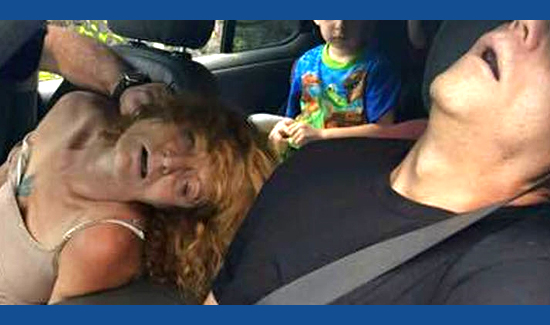 Tom Marino is a four-term Republican member of the House who represents a district in northeastern Pennsylvania that has been hard-hit by the opioid crisis. Yet Marino also has been a friend on Capitol Hill of the giant drug companies that distribute the pain pills that have wreaked so much devastation around the nation.

Marino was the chief advocate of the Ensuring Patient Access and Effective Drug Enforcement Act, which requires the government to meet a higher bar before taking certain enforcement actions.

The Drug Enforcement Administration fought against the bill for years, but finally relented last year after a leadership change at the agency. Marino is now President Trump’s nominee to become the nation’s next drug czar.

The new law makes it virtually impossible for the DEA to freeze suspicious narcotic shipments from the companies, according to internal agency and Justice Department documents and an independent assessment by the DEA’s chief administrative law judge in a soon-to-be-published law review article. That powerful tool had allowed the agency to immediately prevent drugs from reaching the street.

The law was the crowning achievement of a multifaceted campaign by the drug industry to weaken aggressive DEA enforcement efforts against drug distribution companies that were supplying corrupt doctors and pharmacists who peddled narcotics to the black market. The industry worked behind the scenes with lobbyists and key members of Congress, pouring more than a million dollars into their election campaigns.

Political action committees representing the industry contributed at least $1.5 million to the 23 lawmakers who sponsored or co-sponsored four versions of the bill, including nearly $100,000 to Marino. Overall, the drug industry spent $106 million lobbying Congress on the bill and other legislation between 2014 and 2016, according to lobbying reports.

Marino declined repeated requests for comment. Marino’s staff called the U.S. Capitol Police when The Washington Post and “60 Minutes” tried to interview the congressman at his office on Sept. 12. In the past, the congressman has said the DEA was too aggressive and needed to work more collaboratively with drug companies.

Deeply involved in the effort to counter the DEA’s tough enforcement campaign was the agency’s former associate chief counsel, D. Linden Barber. While at the DEA, he helped design and carry out the early stages of that campaign, which targeted drug companies that were failing to report suspicious orders of narcotics that made their way into the hands of users and dealers.

When Barber went to work for the drug industry in 2011, he brought an intimate knowledge of the DEA’s strategy and how it could be attacked to protect the companies. He was one of dozens of DEA officials recruited by the drug industry during the past decade.