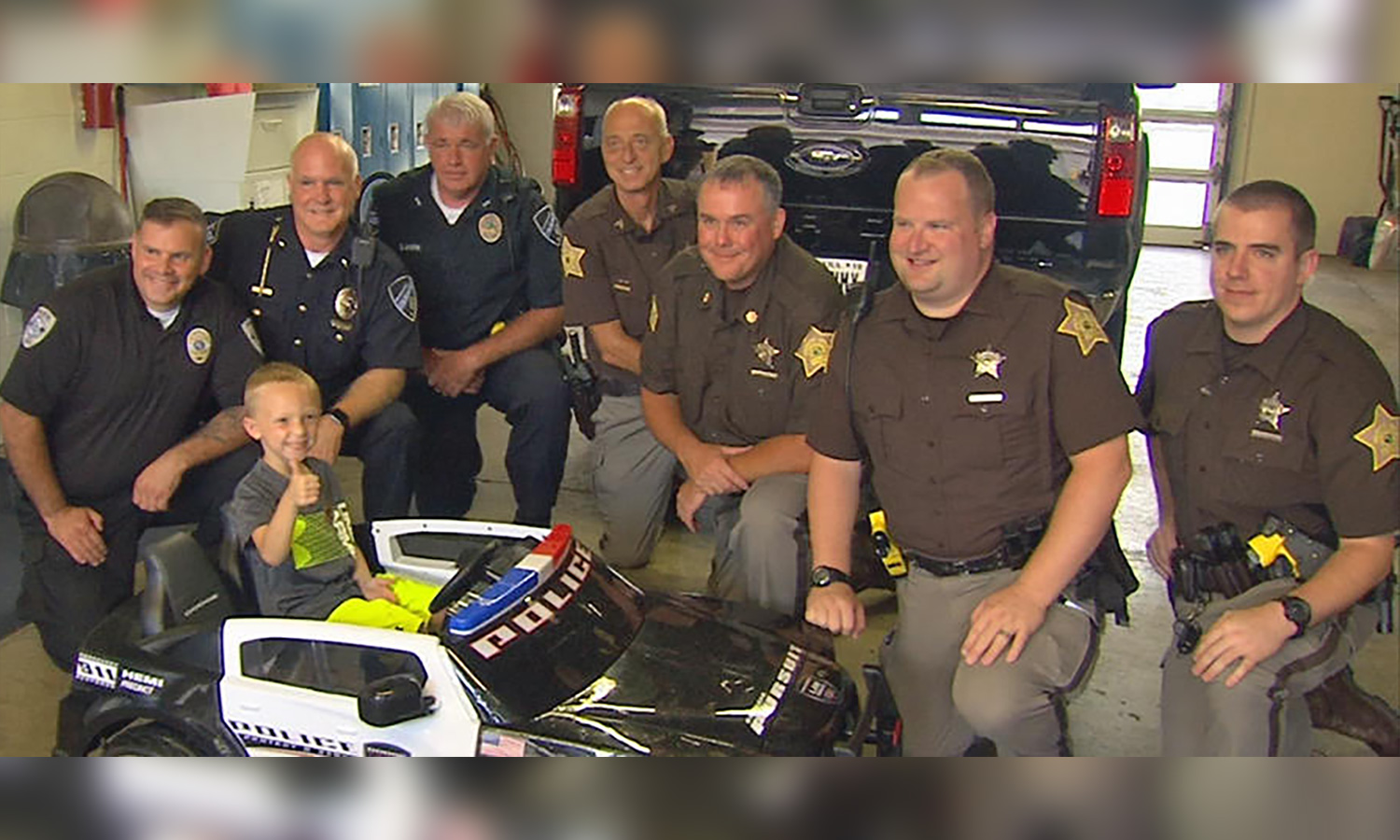 When we first met Conner Burton, he was inconsolable over a birthday gift that was stolen.

“I was sad, and that’s called rude. It’s called being not respectful,” Conner said.

Two weeks later, though, we found the five-year-old in a much different mood.

“Hey Conner! Look at that? What is that? It’s the cop car,” someone in the group said.

It’s not the same cop car, but a replacement donated to the aspiring officer.

“He’s been asking me, ‘Mommy, when do I get my cop car? When do I get another cop car?” said Brittnee Squibb.

The gift was a surprise organized by several area police departments.

“He had no idea when we were coming here. He thought he was just doing a tour,” she said.

“To show how much this little kid meant to them and how much when the car got stolen, the whole community reached out and tried and for the cops to do this for him, it means so much to all of us,” Squibb said.

We could have probably gotten 20 of these cars, to be honest with you, with the number of people that were just really wanting to help,” said Bartholomew County sheriff’s chief deputy Chris Lane.

Conner is already logging some miles on his new ride, thanks to his role models who might one day be his brothers in blue.

“He’s never the bad guy when we play. He’s always the cop. He will never be the bad guy, so honestly I think he will want to grow up and be a police officer,” said his mom.