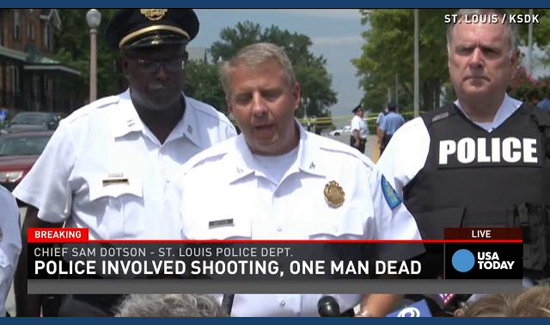 ST. LOUIS • A resolution thanking St. Louis police officers won’t move forward to the full Board of Aldermen after a heated discussion in committee on Tuesday.

Multiple aldermen expressed frustration that the city in recent weeks had been mired in debates over “tit-for-tat” resolutions, which are not laws. Resolutions are typically used to show consensus or criticism, express the board’s opinion on public policy issues, or thank someone for their service.

As protests over Stockley’s acquittal have continued throughout the city, resolutions have emerged to pay tribute to police and also to invite the interim police chief, Lawrence O’Toole, to answer questions.

Alderman Joseph Vaccaro, 23rd Ward, introduced his resolution to thank police as a response to the measure for Smith, which he deemed a “punch in the gut” for law enforcement officers.

“I think the police during all of this have done a pretty good job. I know that some people would disagree on some points. But I also think they’ve shown a lot of restraint considering some of the protesters have thrown things at them,” Vaccaro said.

But some aldermen on the public safety committee said Tuesday they feared allowing the police resolution to be debated before the full board on Friday would have led to a “firestorm” that would distract from more pressing issues the city is facing.