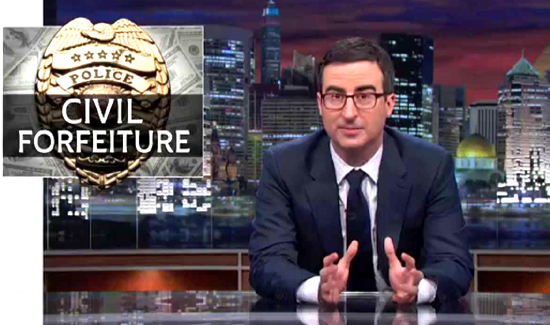 When cops are on the job, they’re under tremendous pressure not only to fight crime and serve their communities, but also not to say anything that might reflect poorly on and agency or law enforcement in general.

That’s why retired cops are an excellent source for analysis that’s free of the constraints that come with being an active-duty law-enforcement professional.

Ted Nelson was a Michigan State Trooper for 26 years until he retired in 2000.

For cops on the job, criticizing a policy that funds paychecks, equipment, and overtime is risky business.

But Nelson only has himself to answer to these days.

Many of the narcotics teams were seizing items such as furniture and televisions. I don’t think they were concerned with showing that they were obtained through illegal proceeds,” Nelson said recently.

One of the major problems associated with the practice is the impact is has on the public’s trust of police officers which is currently at unacceptably low levels.

“I think there are communities that are affected more by this than others and I think those communities are resistant to trusting police. They think police will arrest them or take things from them,” said Nelson.

Civil Asset Forfeiture, borne out of the failed and abusive drug war, is loved by LE. They can seize a citizens property without warrant or conviction and do so without consequence. Many people decline to fight his because the amounts often seized are a few thousand dollars or less. It would be more expensive to fight the forfeiture than to let the cops have it and if you don’t have the funds to fight, its a windfall for the police departments. I’m actually having a discussion with my state representative about this very issue. Our legislature (MD) overwhelmingly passed CAF reform that was vetoed by governor. The bill was vehemently opposed by LE and of course the drug war was used as a the primary reason for the veto. CAF used to be used to go after the major drug dealer…but now it’s used because they can,

Having spent over 20 years in drug enforcement , I can tell you this article (from a member of an organization pushing for drug legalization) is totally false. I never saw any detective seize TV sets or furniture. We did seize vehicles and houses that were purchases with drug profits. We could prove that in every case. Has any officer in the country ever made a bad seizure (duh, I’m sure they have). This is not a reason to take away an important tool when investing major drug dealers. It is just another way from legalization advocates to discrete police officers.

The problem with your assertion is that CAF is being used to go after major drug dealers…has been proven to be categorically false. I suggest you read the Washington Post series on this subject. It’s obscene how LE and prosecutors are abusing this law. In those few states that do have restrictions on where the proceed go to the general fund, local LE will often used Federal CAF laws so they can keep the proceeds exclusively. You cannot justify to me how the state can seize any property without a conviction.