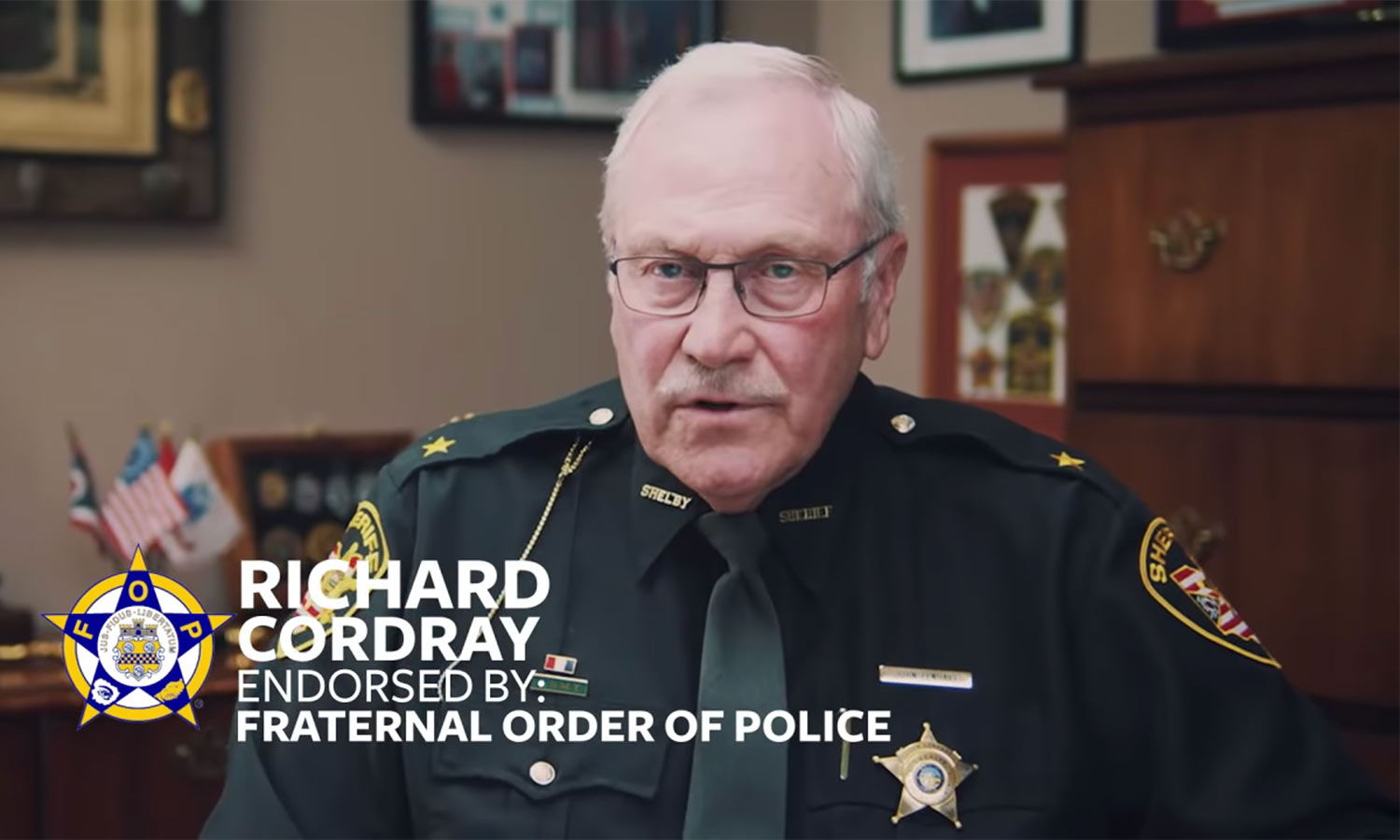 COLUMBUS, Ohio – Democratic governor hopeful Richard Cordray is out with a new ad responding to a recent attack from his opponent, Republican Attorney General Mike DeWine, touting his own law enforcement bona fides.

The DeWine campaign recently released an ad portraying Cordray as soft on crime, saying he allowed serial rapists to strike again by not clearing the backlog of sexual assault kits in the state. Cordray’s newest ad features Shelby County Sheriff John Lenhart disputing those claims and saying Cordray has the backing of law enforcement.

“When Rich took over as attorney general, Ohio didn’t have a system to process evidence in sexual assault cases,” Lenhart says. “The backlog stretched back for decades. Rich fixed it. That’s the truth.”

Lenhart, a Republican who is voting for Cordray, points out that Cordray has the backing of the Fraternal Order of Police, the largest police union in the state.

“I’m voting for the man, not the party and so are cops across Ohio,” Lenhart says in the ad.

Lenhart worked in the attorney general’s office under Cordray.