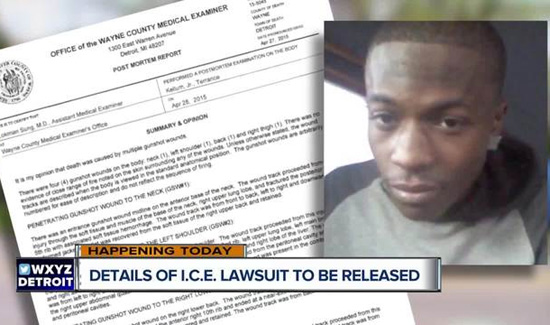 The federal government is responsible for immigration enforcement. But for whatever reasons federal immigration authorities need lots of help from local law enforcement to meet their quotas and out up good numbers.

One of the ways that the feds rely on local LE involves what are known as “detainer requests.”

That’s when the feds call a local jail and ask the powers that be to hold suspected undocumented immigrants after they’re scheduled to be released. The Trump administration says that the reason they aren’t deporting as many people as the previous administration is because Obama’s ICE cooked the books.

In Iowa and Florida lawmakers are just getting around to making this (holding inmates after their sentences have been completed) legal.

But for the time being, when the lawsuits get filed it’s local law enforcement that’s on the hook for damages, not the feds.

That, in addition to the fact that a lot of agencies and officers are happy to do ICE’s job for free, is why the current enforcement situation is so attractive in terms of savings and legal cover for the federal government.

Local police assist with other federal law enforcement so why not ICE?
If a 48 hour hold is so costly then notify ICE as to the day and hour of the release ahead of time.