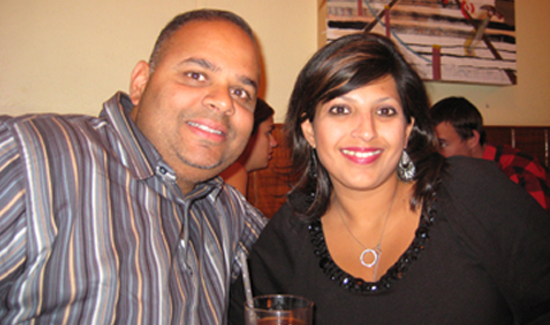 “My run has been unbelievable. This job has given me so much opportunity, and I still have such a passion for it. I love the thrill—the good guy-bad guy thing—and I still want to help people. Where else could I get to work hostage jobs and kidnappings? Where else could I break into suspects’ homes and set up hidden cameras and microphones? Where else but being a cop could I be out here doing battle with the real bad guys and get paid for it?”

As Sam bounced back from his eight months undercover, he was officially promoted to detective and assigned to one of the NYPD’s most exclusive units, TARU, the Technical Assistance Response Unit. For the next decade he would set up surveillance equipment, bug the offices and homes of mobsters and other criminals, and wire up cars for audio and video.

Dave Fitzpatrick, a twenty-year veteran of the NYPD, headed up the photographic division of TARU for many years. Dave said when Sam joined TARU, it was like getting the first pick in the NBA draft. “The guy is amazing,” Fitzpatrick said. “When it comes to electronics, there’s nothing he can’t do.”

Lieutenant Louis Vozza worked closely with Sam during his stint at TARU.

“I remember first meeting Sammy,” Vozza said. “He came across as very savvy for someone so young.”

Vozza says during his two decade career with the NYPD, Sam was the only person he met who could do the technical stuff and shine as an investigator as well. “It’s very unusual to have both those skills. Sammy could do both. It wasn’t just video. He did audio and tracking too. No one did it faster or better.”

When he got a surveillance assignment, the first thing Sam did was check out the location. He would look for an object where he could insert a camera, an audio or a tracking device. None of this equipment can be bought in stores so once he cased out the location, he went back to his workshop at TARU headquarters, design the equipment himself and then plant it so no one would know it was there.

“Keep in mind that he was doing all this stuff physically by himself,” Vozza said. “He’d assess the situation, get all the different equipment he needed and then build these things – cameras, audio machines and tracking devices.”

When they watched Sam work, his colleagues would just stand there in awe. Louis Vozza said if he was honest he would have to admit that no one had any idea what he was doing. “But Sam was patient and generous with his time,” Vozza said.. “He always tried to explain and he always delivered. No matter how complicated it was, he did the job.”

Because Sam was fast, most jobs went off without a hitch. But there were times things got tense.

“I remember one job where Sammy was installing cameras and recorders in a well known organized crime figure’s social club,” Vozza said. “We were almost done when a commander called on his radio and said the suspect was unexpectedly returning and we had to clear out. We all left the building, but Sam didn’t make it out. As the suspects were coming in the door, Sam was running down to the basement where he hid for hours. Those guys were right above him and that was dangerous.”

Sam’s choice of a career in law enforcement came as a shock to his family. “It’s not acceptable in the Indian culture,” Sam explained. “You are supposed to be an engineer, a doctor or a professor. Police officer is not on the list.”

But Sam had always dreamed of being a cop. Like so many people who are drawn to law enforcement, it was more of a calling, a passion, something deep in his soul that drew him to this dangerous and stressful life.

When he signed up for the police exam, he was twenty-years-old . He was working as a technician for the phone company and living with his parents. It wasn’t long before his boss realized he had a special knack for electronics and he started to get promotions. But Sam was bored. He kept thinking about the Police Department.

Despite being extraordinarily close to his family, Sam never told them what he was doing. For months he hid his uniform in the car and changed his clothes on the way to the academy. He knew his father, who had come to this country with nothing and twenty years later was a senior vice president at MetLife, would never understand his desire to go into law enforcement. All the time Sam was getting trained at the police academy, his parents thought he was still working at the phone company.

Finally Sam had to tell the truth. His mother was getting suspicious. She knew something wasn’t right. Once they got over the shock their son was going to be a police officer and would be making only half of what he did at the phone company, they began to worry. Sam said they thought he was going to get killed.

His first assignment out of the Academy was the midnight shift at the 43rd Precinct in the South Bronx. For Sam’s parents, that was the worst district they could have put him in. But for the rookie cop, getting assigned to one of the toughest precincts in the city was a dream come true.

“I went to work at night and got off duty at eight in the morning,” he said. “Every shift we were out there non-stop. There was crack cocaine, heroin and other drugs. We were called out to a lot of shootings. One of my first nights on patrol, we responded to a call for shots fired. When we got to the location, there was a man lying on the street. I got there just in time to see him take his last breath. Twenty years later, I can still see him, all alone, lying on the sidewalk.

“While we were in the South Bronx, we saw a lot of violence, people wasted by drugs, poor people getting preyed on. It was almost overwhelming at times. But there’s a thrill to taking the bad guys out that’s hard to explain to someone who has never been a cop. Getting a criminal off the streets—it’s as great a feeling today as when I first came on the job.”

But there’s a lot more to police work than the thrill of locking up bad guys. A lot of the work is emotionally devastating and every law enforcement officer in America would agree it’s the calls where kids have been hurt, whether they’ve been in a car crash, injured by parental neglect, or become an innocent victim of violence, that haunt them the most.

One call Sam still thinks about was a domestic violence call. Ironically it was an Indian couple. “It was pre-O.J. Simpson and things were a little different then,” he said. “We got to the scene and this guy had beaten his wife pretty badly. Despite being really banged up she kept yelling at us, ‘No, no, please. Don’t take him to jail.’”

“My partner took the guy in one room and I took the woman in the other. He started yelling at her across the rooms in an Indian dialect that he would beat her even more if he got locked up. He had no idea I was Indian and I could understand everything he was saying. Later I found out he thought I was Hispanic. We ended up locking him up and I took great pleasure in telling him a few things in his native language while we were driving to the booking center.”

For pure excitement, not much beats a career in law enforcement in New York City and Sam still gets fired up when he talks about his work. “My run has been unbelievable,” he says. “This job has given me so much opportunity and I still have such a passion for it. I love the thrill—the good guy-bad guy thing—and I still want to help people. Where else could I get to work hostage jobs and kidnappings? Where else could I break into suspects’ homes and set up hidden cameras and microphones? Where else but being a cop could I be out here doing battle with the real bad guys and get paid for it?”

From the pages of Brave Hearts: Extraordinary Stories of Pride, Pain, and Courage by American Police Beat publisher Cynthia Brown, available at www.braveheartsbook.com and on Amazon. Digital editions also available for Kindle and iPad. With over 15,000 copies sold, Brave Hearts is being used as curriculum material in over 40 police academies and colleges of criminal justice.