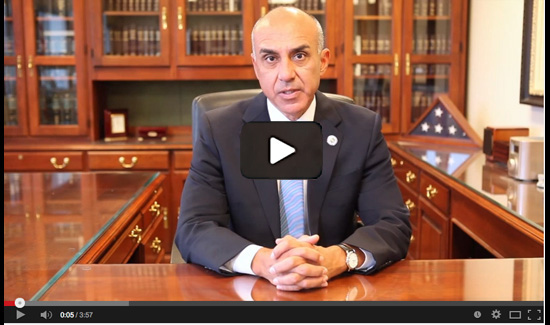 Brian Anderson, a blogger for DOWNTREND.com, writes, “John Stewart loves to play loose with the facts to generate laughs on The Daily Show. It doesn’t matter if it’s true or not, as long as the brain-dead liberals in the audience think it’s funny. Well, a California district attorney just did what most in the media won’t; he called Stewart out on his lies.

As per usual, Stewart was droning on about Ferguson and how racist all cops are when the idea that the Michael Brown shooting was an isolated incident sent him into a tizzy:

Stuart says, “You’re saying this is an isolated incident, like the police shooting of Tamir Rice in Cleveland or Dante Parker in San Bernadino County, or Kendrec McDade in Pasadena, or Armand Bennet in New Orleans, or John Crawford in…what time does Colbert start?”

The problem is, Dante Parker wasn’t shot by police, he was hit with a Taser. In fact, the robbery suspect was beating the hell out of a female officer when she zapped him. It turns out Parker was tough enough to assault a woman, but not tough enough to survive a non-lethal jolt of electricity. He died at the hospital.

Stewart including the Parker case as another “outrageous” example of police shooting unarmed black men didn’t sit well with Michael Ramos. The San Bernadino County DA made this video exposing Stewart’s lie and sticking up for the brave men and women of law enforcement that put their lives on the line to protect us.

Watch and spread it around.

Mr. Ramos that was excellent…thank you