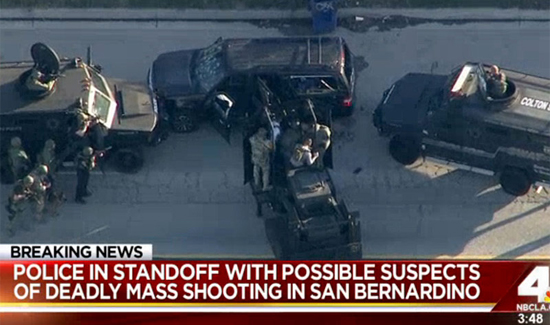 A report into last year’s shooting rampage by a husband and wife in San Bernardino, California, reveals how three county workers battled to stop the shooters as they sprayed bullets into a conference room full of their colleagues.

The report released on Friday describes the carnage found by rescue workers after Syed Rizwan Farook and his wife Tashfeen Malik opened fire during a Dec. 2 party and training session at the Inland Regional Center for San Bernardino County health workers, killing 14 people and wounding 24 others.

Authorities have said the couple ― who were killed by police during a shootout ― were inspired by Islamist militancy, and have called it the deadliest such attack on U.S. soil since Sept. 11, 2001.

The 141-page document by the Police Foundation describes how three male county workers “tried to stop the shooters by rushing one of the gunmen but all three were shot.” It did not say if the three men were among the 14 killed in the assault.