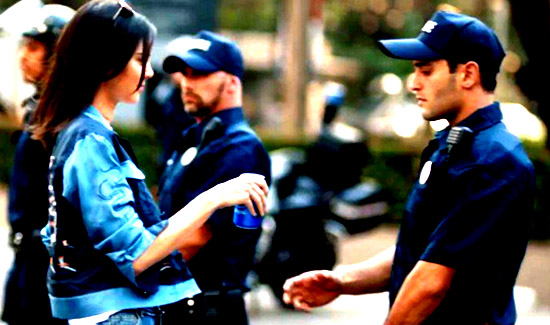 In the ad, the cops’ logos and badges look a lot like those used by the San Francisco Police Department—but Pepsi never got permission from the department, its spokesperson told local news outlets this week.

With a lawsuit in mind, the police department and San Francisco’s city attorney are investigating the unauthorized use of the badge, the local ABC affiliate reported.

“We’re demanding that Pepsi not run any footage or photos associated with this ad that reference the San Francisco Police Department,” said city attorney Dennis Herrera in a statement Friday. “If they don’t comply, we will explore all legal options. There is nothing San Franciscan about Pepsi’s ham-handed attempt here to fatten its own bottom line.”

Pepsi pulled the ad Wednesday, apologizing and saying it was merely trying “to project a global message of unity, peace and understanding.”