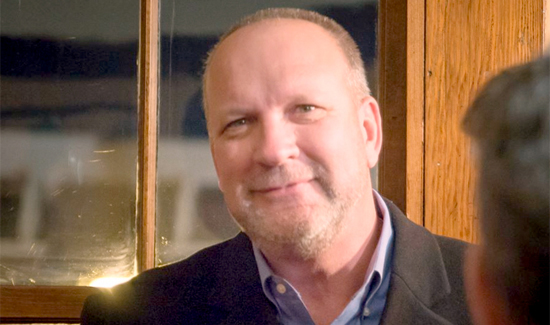 The City Council in San Francisco has indeed lost its collective mind. Here’s a great note of support from the L.A. County Deputy Sheriff’s Association. If you would like to weigh in on this insanity, please leave your comments below. Hopefully, this is just an isolated event in the crazy town of San Francisco.

The Mad Hatter Would Be Proud
By George Hofstetter

English writer Lewis Carroll once wrote, “There is a place. Like no place on Earth. A land full of wonder, mystery, and danger! Some say to survive it; you need to be as mad as a hatter.” The place the Mad Hatter from Alice in Wonderland had in mind is real; it’s called the City of San Francisco.

Start with the most recent event, when the San Francisco Board of Supervisors declared a “Day of Remembrance” to honor career criminal Mario Woods. What had Woods done to deserve the honor? Mario Woods was recently released from state prison, on parole for armed robbery, and had just used a knife to severely slash a random, innocent person. The heavily bleeding victim called police, who tracked Woods to a nearby street, where he refused to drop the knife, proclaiming to officers “You better squeeze that ****and kill me.” As detailed in a story by Matier & Ross, when several beanbag rounds failed to disarm Woods, and he moved towards bystanders, officers opened fire and killed him.

You might ask why tasers weren’t used. Because the City of San Francisco refuses to provide tasers to officers on the grounds that they are a health risk to those who are tased! When this decision was reached in 2010, a 38-year police veteran predicted to the Police Commission the outcome seen in the Woods case: “It’s not if, but when, a taser is used to stop a knife-wielding suspect and a life is saved. Then you will see the results of your decision. Let us hope that same suspect is not shot dead because an officer lacked a valuable option to deadly force.”

News reports recounted the backers of the ‘remembrance’ resolution stated: “while several supervisors and the chief of police have privately expressed their condolences, the city and county of San Francisco has not publicly apologized to Gwen Woods,” (Mario Woods’ mother). The official resolution declares Woods birthday be “Mario Woods Remembrance Day in San Francisco” and offers his mother “sincere condolences for the loss of her son and apologies for the way in which she has been treated since her son’s death.”

In most cities, honoring a person who stabbed an innocent victim would be a “jump the shark moment”—in San Francisco it’s “Tuesday.” Consider that San Francisco is the City where:

Retired SFPD Inspector and union leader Gary Delagnes nailed it when he called the Supervisors idiots. In closing, a friendly word of advice when visiting San Francisco: don’t leave valuables in your car, don’t expect any sympathy from city officials if you are a crime victim-and don’t bring San Francisco’s lunatic ideas on public safety home with you to Los Angeles County.

George Hofstetter is president of the Association for Los Angeles Deputy Sheriffs. ALADS is the collective bargaining agent and represents more than 8,200 deputy sheriffs and district attorney investigators working in Los Angeles County. George can be reached at ghofstetter@alads.org.

As an employee of the City and County of SF, I’m truly embarrassed…

My grandfather worked for the city, my dad was Superintendent of the Cable cars- 34 years, I worked got the city at Silly Hall 12 years- Glad I moved to wine county – Shameful what this once great city has become ?

Considering that Nancy Pelosi represents San Francisco no wonder why the City Counsel are idiots. Stupid is as stupid does. This is appalling.

UGH.. truly well written article. Sad and embarrassed to have any connection with San Francisco.

The citizens vote for supervisors in SF!! Hard to believe the voters would vote for “leaders” that don’t respect and stand behind their police dept – its not new – but their used to be a base line of San Franciscan voters that could overcome the craziez!! They all moved away and folks that live and own now don’t seem to care. Sad!

This is sickening. Honoring a criminal! if he had dropped the knife and done what he was told by police he would still be alive. He basically committed suicide by cop. It’s Woods own fault this happened.

Heartbreaking to see the city that 4 generations of my family were born and raised would celebrate such an individual- a criminal! The dumbing down of this once great city started with Willie Brown and continues today- God bless our peace officers and all first responders that serve and protect us each day. Nameste

No wonder the voters are fed up with the liberal agenda

What a disgrace! Mario Wood deserves nothing less than what he got and now I have lost complete faith in the SF City Counsel! Disgusted!

Recently a California Highway Patrol Officer was attacked and seriously injured by a knife wielding lunatic in San Francisco. Hopefully, the SF Board of Sups. won’t repeat and honor another dangerous criminal. Common sense is out the window. Its all about the votes and not what is the right thing to do. For years so-called “political correctness” has played a major role in not providing the SFPD with the less lethal tools the Chief requested and justified. Unfortunately, it usually takes a critical incident instead of a common sense request to get the requested tools.

I’ve seen it all now! How in the world do you declare a day to honor a dangerous criminal? Maybe they should declare a Zodiac killer day? I’m sure he was just a poor, misunderstood man! This just goes to show you either the people of SF don’t go out to vote, or the people of SF are just stupid!!! I’m appalled!!!