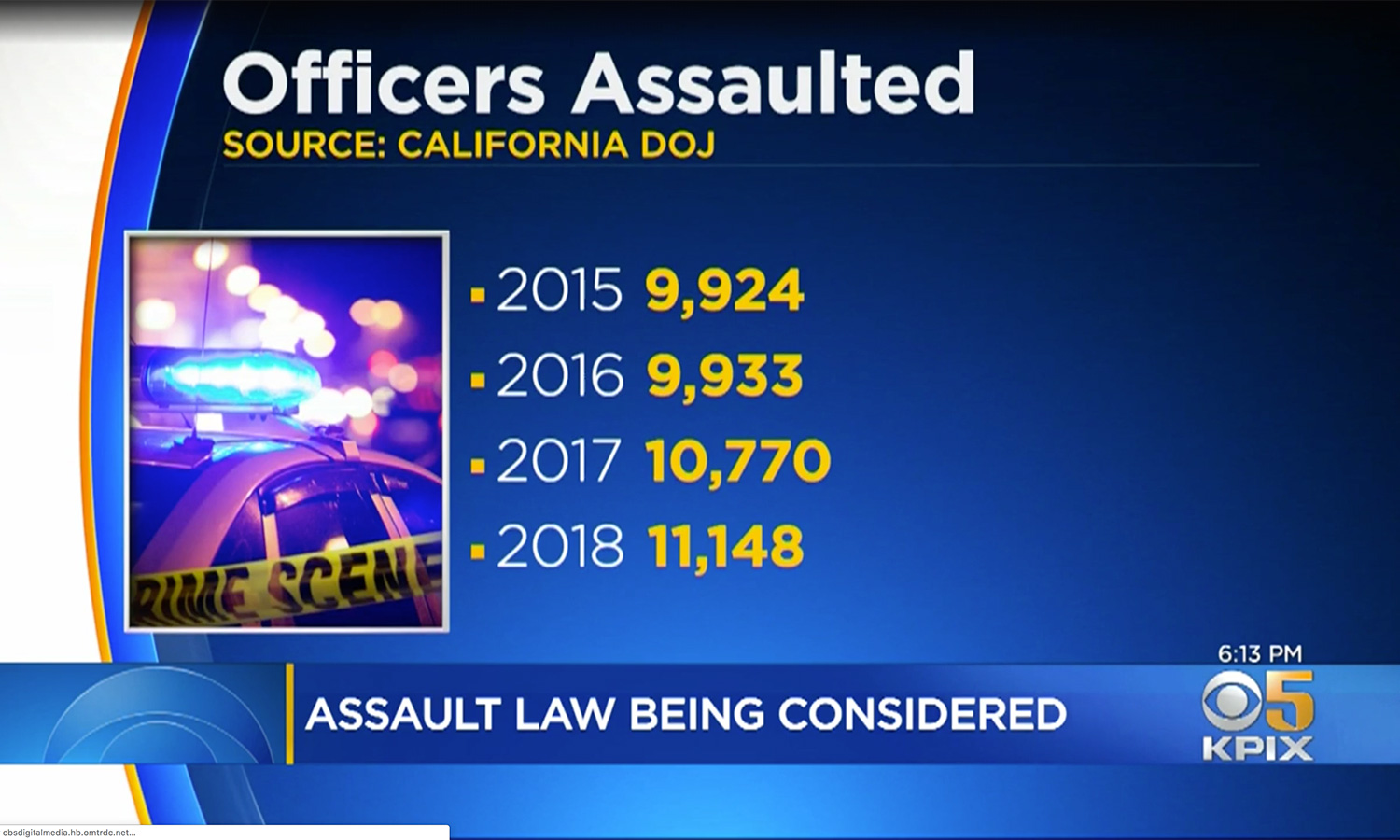 The San Jose Police Union is supporting a Senate bill that would make it a federal offense to assault an officer after a recent spike in officers being assaulted on the job. The latest incidents happened in downtown San Jose on Friday night.

Cell phone video from the scene shows San Jose police officers trying to control a large and unruly crowd. Officers had been writing tickets for drinking in public when they were confronted by another group who became combative, according to police.

“While they were attempting to take people into custody, they were attacked by other people in the group, they were struck multiple times in their head and other parts of their body,” said Sean Pritchard, Vice President of the San Jose Police Officer’s Association.

Three officers were treated at the scene for minor injuries. Police union officials say what happened is part of an upward trend. According to the California Department of Justice, assaults on police officers are on the rise, from 9,924 four years ago, to over 11,148 last year.

It’s the reason the San Jose Police Union is backing Senate Bill 1480, the so-called “Back the Blue Act,” which would make it a federal offense to assault an officer, allowing the U.S. Attorney’s office to prosecute cases and increase mandatory prison time for offenders.

“We believe it would increase the penalties and create a much greater deterrence,” Pritchard said. But critics of the law say it could embolden some officers and lead to more cases of police brutality.

The police union disagrees, citing Friday night as an example.

“Those officers showed incredible restraint and professionalism in doing what they were doing to keep the community safe and themselves safe,” Pritchard said.