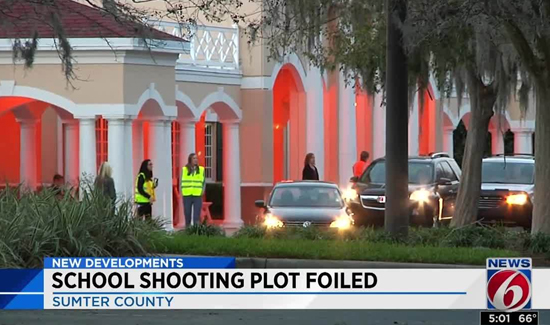 In Pennsylvania, police were alerted to a possible school shooting threat by a student who overheard a 14-year-old on a school bus talk about his plans to gun down fellow students.

Police arrived at the youth’s home to question him and his parents.

There they found a semi-automatic rifle, a shotgun, two machetes, two lever-action rifles, a revolver, a crossbow, throwing knives and ammunition.

The student appeared to have several plans of attack.

“He also indicated that he could use a sniper rifle from a distance or a shotgun for mass casualties,” Fayette County District Attorney Richard Bower said. “He didn’t like them, he just didn’t like them.” This is where the whole “see/hear something say something” thing can actually save lives.

The kid that called it in is being called hero by parents of other kids at the school and others.

“He’s a hero because if he had not said something or if he just blew it off, who knows what we would have been talking about right now?” parent Roberta Cole told CBS Pittsburgh.