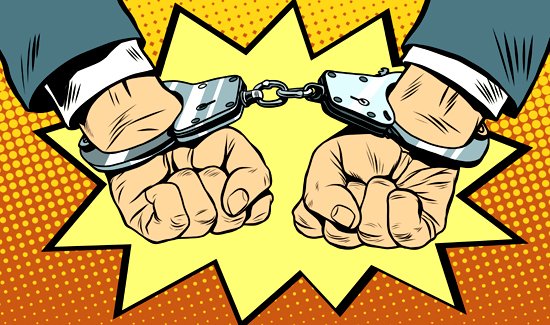 If you’re one of those folks who believes there’s no such thing as being too “tough on crime” and that there aren’t nearly enough people in jail, you should be celebrating the recent SCOTUS decision that has turned precedents like reasonable suspicion and “fruit of the poisoned tree” on their heads.

Generally speaking, most people don’t understand complicated legal decisions and are relatively clueless about the case histories that lead up to the most significant rulings—as is the case here with Utah vs. Strife.

But from a practical perspective, this is basically the High Court’s way of telling police, prosecutors, and federal agents, “Go get ‘em, fellas!”

The easiest way to explain the decision is by the numbers.

Cops in Utah had a tip about drug activity at a local residence and set up surveillance. Police officers stopped a man leaving that residence and asked him why he was there.

He identified himself and the officers ran him for warrants. Bingo! The suspect had an open traffic warrant.

Officers searched the guy during booking and found a small amount of meth and drug paraphernalia.

At trial the suspect’s attorney argued that there was no legal justification for the stop and moved to suppress the evidence.

The Utah Supreme Court agreed and tossed the conviction.

Utah then asked the Supreme Court to consider the case.

They did and decided although there was no legal justification for the stop that led to the search, the search was “good” and the conviction should stand.

From a citizen’s perspective, this is pretty alarming stuff. Some of those concerns were addressed in a blistering dissent from Justice Sotomayor.

But if you’ve been complaining about liberal judges tossing cases on “technicalities,” this ruling should be cause for celebration.

The ruling opens the door for sworn law enforcement officers, as well as volunteers and reserves (depending on state and local laws), to pick and choose who to run for warrants based on “gut feelings.”

That’s a pretty remarkable new legal standard that is likely to radically alter policing in the United States.

Many law and order types have for years been saying that U.S. courts are fundamentally criminal-friendly and that liberal judges routinely toss good cases based on details written in a language some refer to as “legalese.”

Those days appear to be over, at least for the time being.

It should be pretty interesting to see what happens to clearance rates, rates of arrest, and a multitude of other factors as police use the new powers afforded them by the highest court in the land.

Justice Kagan, who voted with the minority on the losing side, described the decision as the court “inviting police officers to make illegal stops.”

Observers will be keen to see if the judicial assault on (if not the destruction of) the 4th Amendment by the Supreme Court will have a positive outcome in terms of public safety.

If a tip was given concerning drug activity wouldn’t that have been sufficient probable cause to stop the Subject for questioning? Of course at the time he wasn’t under arrest until the identification check revealed the active warrant. How could the stop have been unjustified?