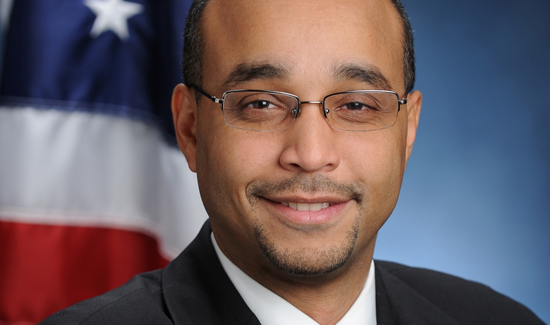 The families of slain cops, firefighters and medics would get up to $1,000-a-month over 10 years for rent or mortgage payments, under a new bill proposed by a Queens senator.

State Sen. Jose Peralta (pictured above) said Wednesday he was inspired to propose the measure after the murder of NYPD Officer Miosotis Familia, 48, in the Bronx on July 5 and the funds raised for the families of Officers Rafael Ramos and Wenjian Liu who were shot to death in 2014.

“There are some pretty good benefits for these families, but there is no mention of a rent or mortgages subsidy,” he said. “This fills in the gap of what’s missing in the package.”

The families of emergency responders slain in the line of duty would be eligible for the payments.

The bill would create a $10 million pool of money overseen by the state controller’s office from the state’s general fund.

The monthly payments cannot exceed the amount of the rent or the mortgage payment. People who are eligible would have to apply to the controller’s office.

“This bill is a good first step towards repaying our sacred debt to the families of the fallen,” Lynch said in a statement.