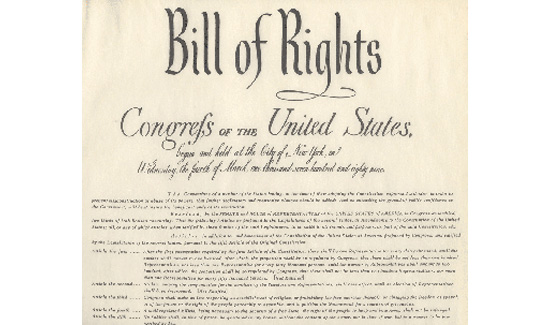 For a lot of civilians protesting or sympathetic to political protests, cops seem like a monolithic group – an intimidating force of men and women with guns and powers of arrest that think and act alike.

This is of course absurd.

But the chants of “who do you protect?” and signs reading “police serve and protect the interests of the one percent,” indicate that the stereotype is a common one.

People are generally more comfortable with black or white than gray. As a result the idea that police are enforcing the law in the interest of the powerful as opposed to the powerless is an attractive one for many protestors.

It’s pure fantasy but that’s why it’s such an attractive notion to many. And because the one-percent are largely anonymous and invisible, police get left holding the bag in terms of being on the receiving end of protestors’ rage.

Michael Bloomberg does not do crowd control. He takes a helicopter to lunch. So anger that wasn’t intended for the police gets directed their way because they’re the only available and visible target.
Because Americans live in a free society, many of us don’t even know what it is that police actually do beyond what we see on wildly unrealistic television shows and Hollywood movies.

Most folks just don’t understand the challenges of controlling an emotionally volatile and disorganized crowd trying to make their voices heard.

“Why don’t the cops just let them protest?”

That’s a great idea, right up until the point when someone’s mother gets stabbed and police and EMS can’t get to the scene because the street’s blocked. Then it’s “why didn’t the police get to the scene faster?” when the victim bleeds to death.

“Why did they have to use pepper spray on that lady?”

Well maybe that was the best way to deescalate a confrontation that could have left cops and civilians alike with more serious injuries than temporary eye irritation.

Have there been some questions raised about particular use of force incidents? Of course. These things are messy, chaotic and generally don’t go according to plan. Those questions will be asked and answered in due course.

“Why are the cops so mean?”

You try maintaining total composure while people yell all kinds of vile crap about you, your family and your occupation. It’s not as easy as it looks.

“Cops serve and protect the one percent!”

Really? You think patrol officers spend all their time taking lawn ornament complaints in gated communities? Cops spend the lion’s share of their careers serving and protect the most vulnerable and least advantaged among us.

The so-called one- percent are largely behind the effort to neuter public safety unions. You really think cops want to serve the exclusive interests of individuals that would make their lives more difficult?

But when emotions run as high as they do currently, it’s easier for people to go with established black and white narratives rather than engage the gray.

It’s difficult for a liberal college student to face the fact that a cop might have lost his or her house to foreclosure and feels just as angry if not angrier about lawlessness on Wall St. than they do. It’s just as difficult for a conservative cop not to buy into the “dirty hippie,” stereotype designed to delegitimize the protests entirely.

The difference between the protestor and the cop, who may in fact be on the same page on a lot of issues, is that the cop does not have the same opportunity as the protester to exercise their first amendment rights. It doesn’t even matter if you’re a protestor or a counter protestor.

If you’re a retired captain from another city it’s a different story. You’re no longer charged with the public safety mission. But one of the sacrifices police officers make to do a really tough job is giving up the right to speak out that many Americans simply take for granted.

So, as is usually the case, policing the protests is largely a thankless task. But it’s important to remember a couple of things. First, although it may not seem like it, there are a lot of civilians that know just how hard police officers are working to maintain public safety in the most difficult of circumstances.

But the evening news crew doesn’t want to interview those people. They want someone with blood on their face and an axe to grind for the ratings.

The second thing to keep in mind is that the professionalism and restraint shown by American law enforcement during the protests is critical to democracy itself.

It’s unclear what the outcome of the demonstrations will be. But if there’s change for the good that comes about as a result, a lot of cops are going to deserve a lot of credit for that progress.