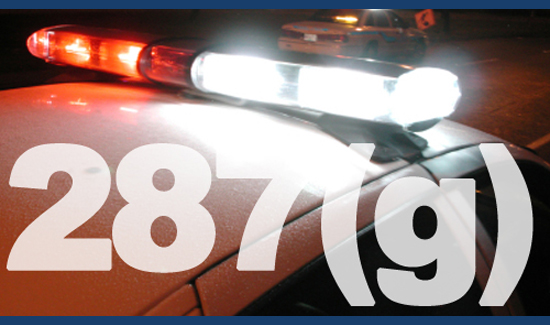 In announcing new restrictions on hundreds of millions of dollars in federal funds for police and jails that resist federal immigration enforcement, one mandate was conspicuously absent: a requirement to comply with immigration “detainers.”

The Justice Department on Tuesday declared that law enforcement agencies will need to allow immigration agents access to their jails and provide 48-hours notice before they release an inmate in the country illegally who’s wanted by authorities. But it drew the line at detainer requests, which Immigration and Customs Enforcement use to ask jailers to continue holding someone to buy agents time to get to the facility.

The omission appears to signal a strategic retreat for Attorney General Jeff Sessions and the Trump administration, which have otherwise taken a tough-talking stance on so-called sanctuary jurisdictions.

The president signed an executive order five days after taking office in January declaring his intent to restrict funding to sanctuary jurisdictions to the extent that federal law would allow. While the law has been widely interpreted to mean that only Justice Department grant funding could be at stake, Sessions three months later announced at the White House that he was implementing the directive and hinted that the administration might explore withholding a broader array of funds from non-compliant jurisdictions.

A federal court in April largely halted the Justice Department from following through, leading to the department’s announcement Tuesday that it was moving forward by putting new conditions on an existing source of funds – an exception allowed by the court’s ruling: the Byrne Justice Assistance Grants program, which was allocated $376 million by Congress in fiscal 2016.

There’s no legal definition of a sanctuary jurisdiction, and policies vary across the roughly 18,000 police departments that serve the nation’s cities, counties and states. Sessions and the president have repeatedly suggested that cities that adopt sanctuary policies are breaking the law and putting their residents in danger.