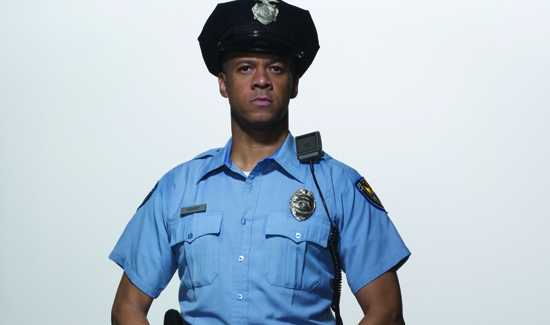 There’s been a lot of back and forth about the recent speech where President Donald John Trump either endorsed police violence against suspects in custody or just made an awkward joke in front of national and international audience.

The reaction from law enforcement professionals has been negative.

Even the DEA weighed in, which is risky for Director Chuck Rosenburg, considering the wild levels of instability at the White House and all the “You’re fired!” stuff.

In Washington, in a memo that surfaced on Tuesday, the acting head of the Drug Enforcement Administration denounced the president’s words as having “condoned police misconduct.”

Chuck Rosenberg, the acting administrator of the D.E.A., directed agency personnel in an to ignore the president’s guidance and to report any misbehavior.

“We must earn and keep the public trust and continue to hold ourselves to the very highest standards,” Mr. Rosenberg wrote in the internal memo, which was obtained by The New York Times. “Ours is an honorable profession and, so, we will always act honorably.”

Others were less charitable, including current Attorney General Jeff Sessions.

“All it takes is one bad officer,” he said Tuesday, “to destroy the reputations of so many who work day in and day out to build relationships in these communities and serve with honor and distinction.”

But the president does have his defenders.

“The president’s off-the-cuff comments on policing are sometimes taken all too literally by the media and professional police critics,” said Chuck Canterbury, president of the Fraternal Order of Police.

“Not surprisingly, (Trump’s) comments have been completely taken out of context by the racially exclusive and divisive profiteers seeking to call into question his support of all law abiding citizens and the law enforcement that live and work among them,” he said.

Some media companies and paid commentators also liked the spirit of what they perceived to be an attempt at humor.

Harry Houck, a retired New York Police Department investigator who worked internal affairs said, “”I don’t think it’s really that big of a deal. I think it was just playing to the police officers, trying to get a laugh.”

“Trump didn’t tell police to go out & brutalize people as the media would have you believe. It was a joke,” read a statement the group posted to Twitter.

What ever is posted in the N Y Times is against Good Order, efficient police work, and Trump.
So, would you rather go back to the Anti-Police Arbitrary and Capricious place where the FBI could take out an Officer if an arrested person whines about “Excessive Force”?
(In my mind, a concept strictly in the eye of the beholder, or a picture painted by a Federal Prosecutor against an officer who has arrested a Democrat voter to a jury)
This makes your magazine appear suspect to leaning to Liberal