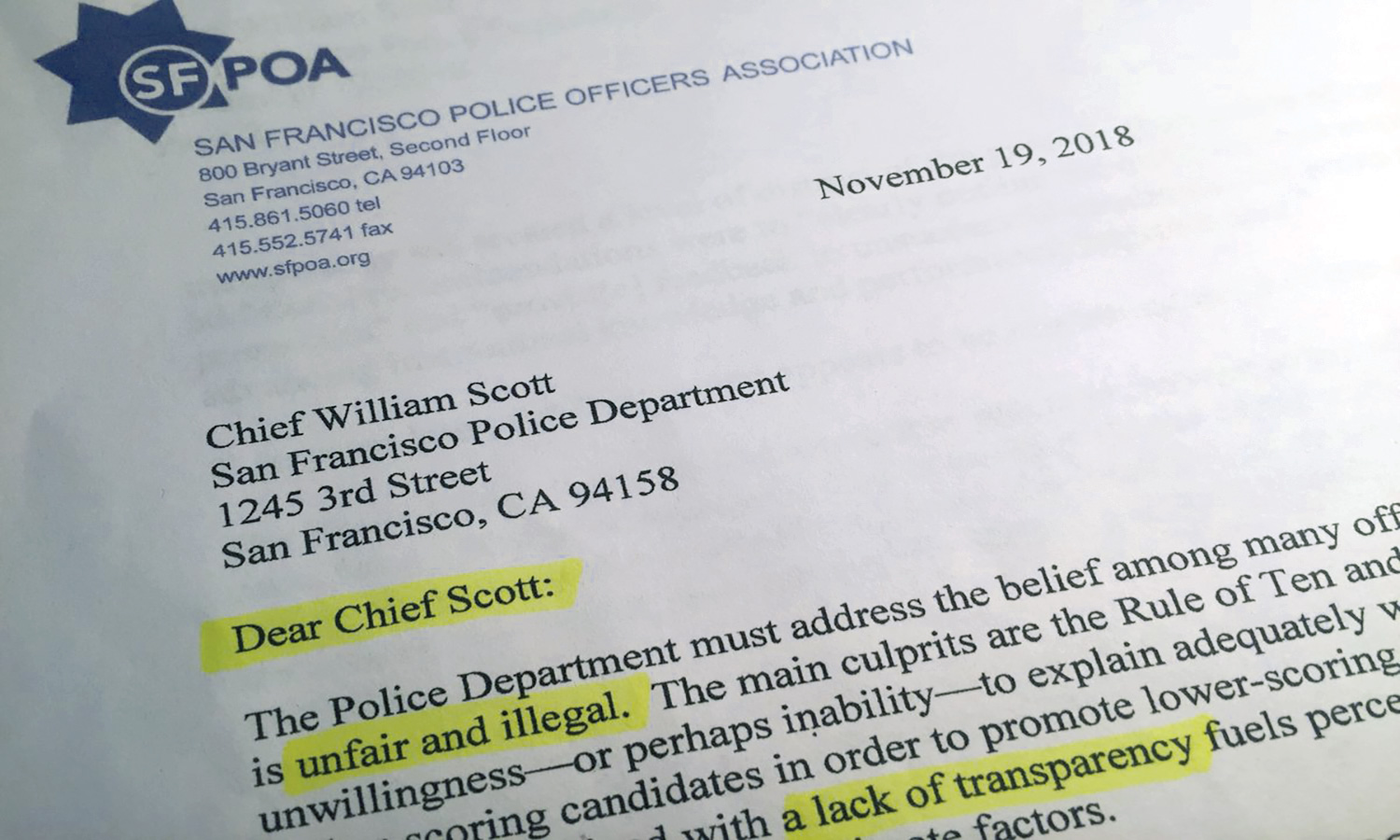 ABC7 News has learned that the San Francisco Police Officers Association has sent a blistering letter to Chief William Scott in the wake of recent department promotions. Many of its members, the union leadership says, believe the process is flawed.

The letter from the police union was sent to Chief William Scott after the department released the list of promotions a couple of weeks ago.

It says many officers consider the process “unfair and illegal,” and that there’s a “lack of transparency.”

“Some members are angry, discouraged and demoralized which adversely affects morale,” the letter summed it up.

“I’ve never seen it this bad as long as I’ve been in this Department, which is twenty five years,” said Tony Montoya, who heads the SFPOA. “I’ve never seen the department jump around so much to pick up certain candidates over others.”

Promotions to sergeants, lieutenants and captains are based on civil service exams.

Race and gender cannot be considered.

And that’s what many in the rank and file object to. They want promotions based solely on how well candidates do on the exam.

“Forget the secondary criteria. Like I said, it gives more legitimacy and merit to the testing process,” says Montoya.

“It’s disappointing and I get that, Chief Scott says. “But also we do have rules that we follow. And they’re there for a reason.”

The secondary criteria, the Chief argues gives more depth to the promotional process.

“They are asking the department to be transparent with the promotional process and they don’t feel that’s happening right now.”

Montoya says he’ll be meeting with the Chief and membership in early December to discuss the situation and assess their next step.