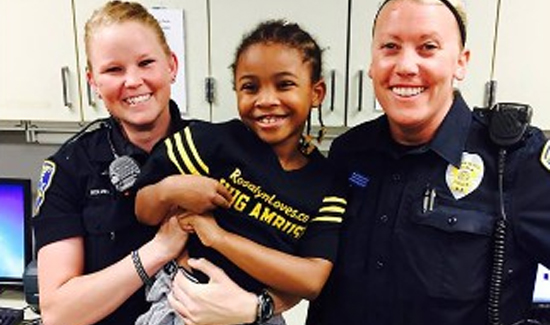 Rosalyn Baldwin, 8, is on an important mission. She travels all across the United States, hugging as many police officers as she can. Rosalyn, who lives in Louisiana, has visited 27 states so far and hugged countless police officers.

She and her mother started the project after several police officers in Dallas were killed in 2016. “Basically it was the shootings in Dallas that broke her heart,” Angie Baldwin told WKRC-TV. “She said, ‘Momma, they’re killing our heroes.’ And then when it happened in Baton Rouge it was very personal to her.” 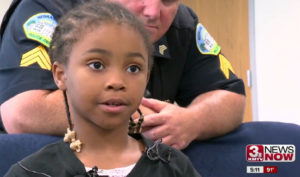 A Houston officer who met Rosalyn says she “recharged their batteries” and made them feel loved. Officers across the U.S. agree. Rosalyn often shows up at police departments during sad times. She visited Cincinnati this week as the department honored officers who had died in the line of duty.

“To have a young person like that really just share that love that she has for police officers, it really warms our hearts especially on a day like this when we are remembering those that we’ve lost,” Chief Eliot Isaac said during Rosalyn’s visit.