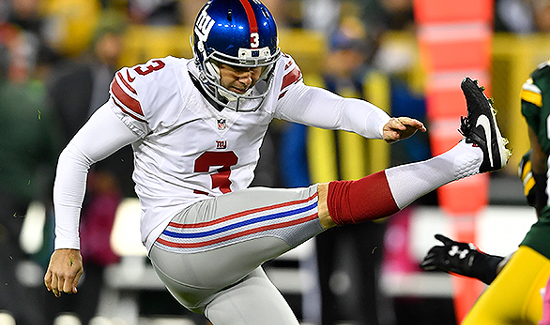 King County Sheriff John Urquhart fired back at the NFL, which called his agency out for not disclosing the extent of New York Giants kicker Josh Brown’s domestic violence accusations.

“I don’t like to get pushed around by a bully,” Urquhart told KIRO-FM on Thursday. “Or I can be charitable and say they don’t know the facts. They don’t understand how public disclosure works. That’s a better way to put it, if I felt like being charitable.

“I don’t like the NFL taking shots at the sheriff’s office when it’s not deserved. It’s real simple.”

Urquhart took issue with the NFL’s statement on Thursday, which came a day after USA TODAY Sports and other outlets obtained documents where Brown admitted he had abused his then-wife Molly Brown. The NFL suspended Brown for the first game of the season without knowing what the case file included.

“NFL investigators made repeated attempts — both orally and in writing — to obtain any and all evidence and relevant information in this case from the King County Sheriff’s Office,” the league said in statement. “Each of those requests was denied and the Sheriff’s Office declined to provide any of the requested information, which ultimately limited our ability to fully investigate this matter.”

Urquhart said his office did field phone calls from a member of the NFL security office, which were turned away because the case was still active. But Urquhart said that he didn’t know another member of NFL security had requested the documents because that person didn’t mention in the requests he worked for the league.

“We didn’t use the Google to Google this guy’s name (until Thursday),” Urquhart said. “Turns out, he is a security representative based in Seattle for the NFL. He never told us that.”