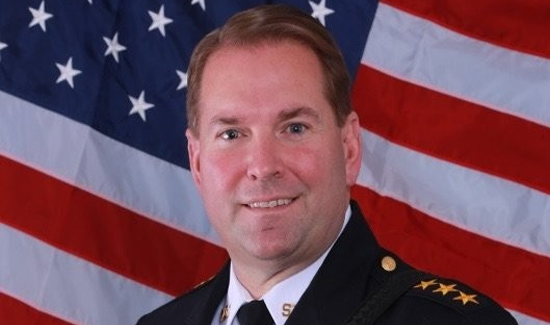 In New Jersey there are a lot of sheriff’s offices that are run by people that have different job descriptions and different salaries.

From NJ.com: “Typically, sheriffs are retired law enforcement officers, whether police chiefs, detectives or undersheriffs. And the dynamic has led to an entirely legal but still controversial practice in which most — 18 out of 21 — simultaneously collect a public pension on top of their sheriff’s salary.”

Unlike in more rural parts of the USA, sheriffs in states like New Jersey aren’t responsible for most police services (answering calls for instance.) Instead they handle stuff like courthouse security and prisoner transport. But there are no rules about this stuff and a lot of sheriff’s offices in states where they didn’t used to do patrol and investigations have recently gone that route.

For instance, sheriffs are elected by local voters and police chiefs are appointed by mayors or city managers. Unless you’re talking about Louisiana where they sometimes also elect police chiefs.

If you want to find out what they earn annually (minus overtime and pension payments) just click here.