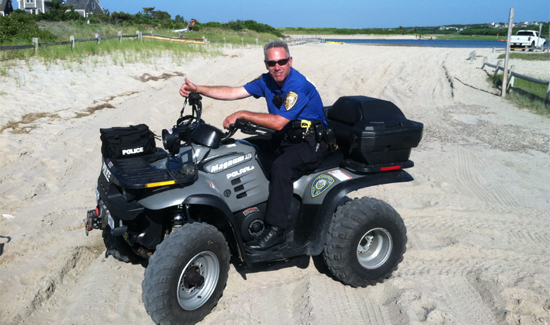 The Sheriff’s Office has seen a sharp rise in the number of complaints from residents reporting individuals on ATV’s, particularly in the Santa Ynez riverbed and surrounding areas bordering Lompoc, that are damaging private property and the environment.

Additionally, these individuals are violating a number of state and county ordinances according to the Sheriff’s Office.

The Sheriff’s Office submitted an application to the State of California Parks and Recreation Off-Highway Vehicle grant program on March 4. This is the third year the Santa Barbara County Sheriff’s Office has applied for the grant.

“As part of the multi-step application process, there is an opportunity for public comment and feedback before the final application is due on May 1, 2017,” said the Sheriff’s Office in a statement. “Starting today, March 7, 2017 until April 3, 2017, the public can view the on-line grant application and submit comments.”

Unless they are on the banned equipment list issued by Obama as part of his war-on police initiative I obtained several of them for agencies thru the 1033 program. Agencies made some modifications as far as paint, lights, radios, etc along routine maintenance items. I know of other agencies that went thru the various manufacturers programs. They often varied, some may have been on a annual loan basis, some with small lease to own programs (these were available for ATV’s, snowmobile and of course the Harley Davidson motor program). But the easiest I found were those thru the 1033 program, the variety of types and some having modifications depending on what the use had been for or unit which used them.