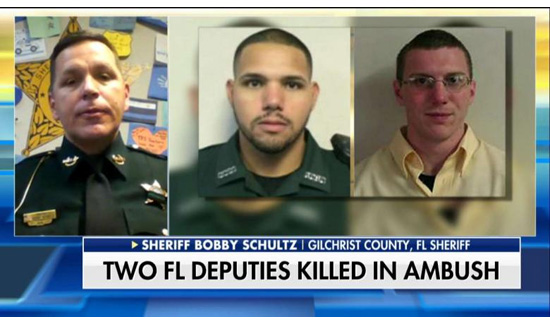 Two sheriffs in Florida are calling attention to the violence being directed at law enforcement across the country. 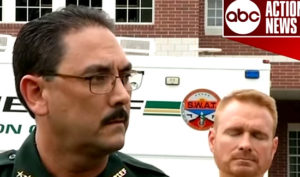 “I think law enforcement right now, not just in our region but across this nation, has a target on them every single day,” Woods said. “There is no justification whatsoever for that target to be on us. It’s shameful what society has come to.”

Two of Shultz’s deputies, Sgt. Noel Ramirez and Dep. Taylor Lindsey, were gunned down while eating at a Chinese restaurant in Trenton recently.

“What do you expect happens when you demonize law enforcement to the extent that it’s been demonized, every type of hate, every type of put down that you can think of,” he said a short time after his deputies were “assassinated” by a gunman who then took his own life. “The only thing these men were guilty of was wanting to protect you and me. They just wanted to go get something to eat and they just wanted to do their job.”