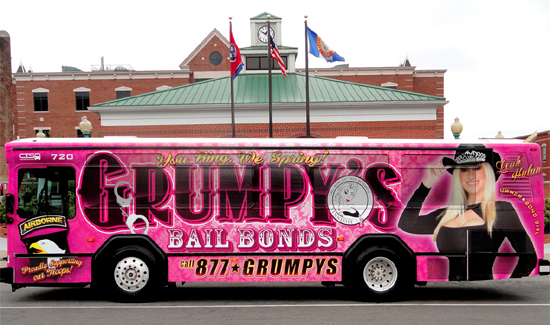 Policing isn’t as big a business as bail bonds yet, but that could soon change.

It’s unclear what kind of revenue policing can bring in because until recently no one really thought that was the point of the exercise.

But bail bonds are big business. They generate $2 billion in profits annually, and that number is climbing.

According to a report from the Times Free Press, bondsmen learned that Sheriff Watson took his wife along to a sobriety checkpoint in Charleston, Tennessee.

She then wrote the single largest number of bonds from that weekend’s arrests.

The bondsmen are crying foul.

“We’re all unhappy,” said a longtime bondsman who didn’t want to be identified for fear of retaliation. “If she can do that, why can’t we ride with police officers?”

Sheriff Watson says the couple have violated no laws and all this stuff is just a personal agenda, or maybe outside agitators trying to stir up the community.

Watson’s a former member of the Tennessee House of Representatives.

Referring to his service in the Tennessee House of Representatives, Watson said, “Politics is really different here on the local level than the state level—they go after your jugular down here,” Watson told reporters.

State law says sheriffs and deputies, among others, “shall not be bail bondsmen or agents of bail bondsmen or surety companies and shall not directly or indirectly receive any benefits from the execution of any bail bond.”

In addition, a 2014 attorney general’s opinion says that the spouse of a law enforcement officer may not work as a bondsman under most circumstances because the publicly employed wife or husband could benefit from the spouse’s job.

That opinion came after Knoxville-based bonding firm Sanford and Son hired a woman whose husband was an assistant at a small police department.

“I personally, as an owner, would not hire the sheriff’s wife,” Sanford and Son owner Sean Sanford said. “You’re just asking for trouble, even if there’s no impropriety.”