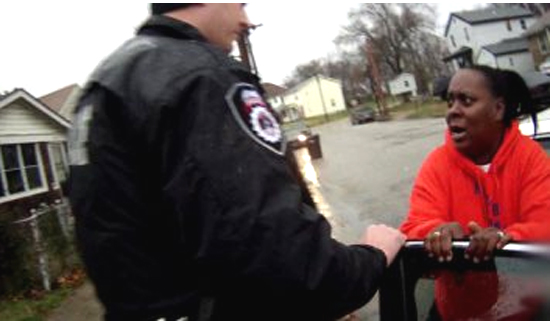 Politics and policing should be kept as far away from each other as possible. Sadly, that’s not often the case.

In Wellston, Missouri, police officers are scared to do their jobs. It’s not an active-shooter at large with a grudge against cops, though. The reason police in this area feel like they’d be risking their livelihoods to make certain arrests is a local official named Janet Dixon.

Dixon’s residence is a source of frequent police activity. The details are sketchy but allegations of domestic violence and drug dealing have been leveled. But when the police respond to the councilwoman’s residence after someone calls 911, responding officers are met with fierce resistance in the form of the councilwoman.

Officers that have tried to do the right thing have been terminated after Dixon pulls the strings at the city council. She’s even allegedly falsely accused local police officers of threatening to kill her.

Thankfully, there’s a lot of body cam and dash cam footage that might it clear to a jury how dangerous an out-of-control individual with political power can be.

This is a sham, this lady causing the police department in Wellston not be able to enforce the laws, and in particular this “council woman’s” firing officer’s when called to the residence where her son lives, allegedly allegations of drug dealing and domestic violence. What on earth are the other council members letting her get by with these things? She should never be making any decisions relating to family matters. St. Louis law enforcement cannot do their jobs, their hands are tied with people like Janet Dixon causing law enforcement officers losing their jobs.