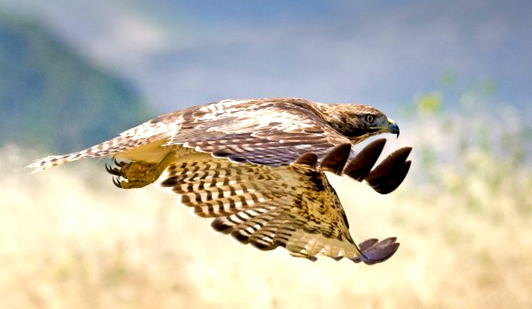 In Ohio, Pulaski police recently saved the life of a hawk after getting a call about a raptor in distress.

Two officers were dispatched to the location where a caller had reported seeing a wounded red-tailed hawk.

Pulaski Sergeant Courson said he was worried the animal would have to be put down.

That didn’t sit well, so he made some calls. Eventually, he was able to find a veterinary hospital that would tend to the animal free of charge.

And everyone loves a happy ending.

After the bird was treated for its injuries the beautiful predator was returned to the area where it was found to be released.

Now these guys will be driving around, and when they spot a hawk, they’ll wonder, “Hey, is that the same one we took to the vet?”