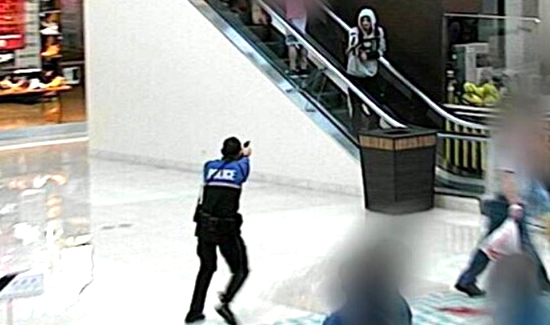 In Arlington, Texas, yesterday, a police officer was forced to shoot a suspect who apparently pointed a replica pistol or BB gun at the officer.

“The suspect attempted to flee on foot and then ran through the upper level of the food court,” said Cook, “where he turned around and produced what appeared to be a replica or imitation firearm.

“This happened when the mall was extremely busy. I went in before the scene was stabilized and there were a lot of people upset, crying and kids misplaced from their parents and people sheltering,” said Cook. “There was a lot of bystanders, but luckily no one else was injured in this incident. The officer’s going to be OK. The only person struck was the suspect.”