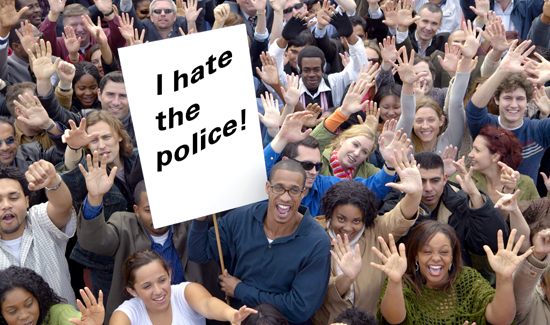 According to a report from NBC News, confidence in law enforcement is divided on partisan lines. Just 35 percent of Democrats say they have “a great deal” of confidence in police in their community to do a good job enforcing the law, compared to 73 percent of Republicans. And 64 percent of Democrats say that police apply different standards based on race, while the same percentage of Republicans disagree. Just a third of the public – 30 percent – said they approve of President Barack Obama’s handling of the grand jury decisions, versus 46 percent who disapprove. More white, black and Latino respondents disapprove of how he has dealt with the situation than those who approve. (Whites disapprove by 49 percent to 27 percent, black disapprove 46 to 35 percent, and Latinos disapprove 38 to 36 percent.)