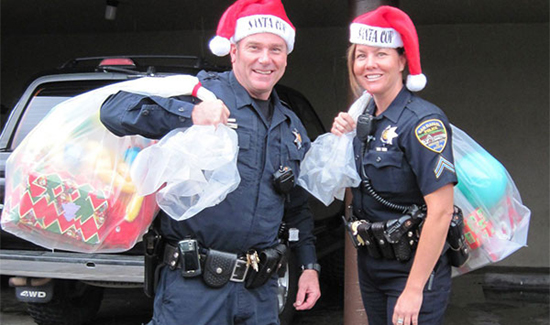 A Philadelphia-area newspaper regrets publishing a Santa cartoon that has drawn the ire of local law enforcement. The cartoon, published in Sunday’s Bucks County Courier Times, features a group of black children lined up asking Santa Claus to “keep us safe from the police.”

Drawn by nationally-syndicated political cartoonist Chris Britt, the cartoon references a relationship of distrust between the black community and police recently spotlighted in the Ferguson, Cleveland, and Staten Island cases, and the two grand jury decisions in the New York City and Ferguson cases not to indict the officers involved.

“There is a special place in hell for you miserable parasites in the media who seek to exploit violence and hatred in order to sell advertisements,” F.O.P. Lodge #5 President John McNesby wrote in a letter to the editors of the Levittown-based paper.

You would think that people who run a newspaper would have more sense than to exploit what has been going on in the policing world. If they would put as much effort into understanding police use of force rules and regulations than they do trying to sell more space the US would be much better off….