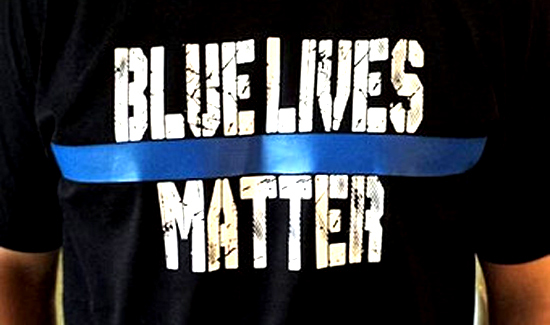 Whether or not there’s really a “war on cops” is up for debate. But one thing that isn’t up for debate is that many of the men and women who serve and protect their communities feel like they are under attack from all quarters. Whether it’s young New Yorkers or older and less colorful libertarians, who see police as the enforcement and collections agents for local, state, and federal governments, thousands have taken to the streets as a result of the changing public perceptions regarding public safety professionals.

Have there been and will there be controversial use of force incidents? Of course. Do many of the protestors have the first clue what it is they’re protesting? Of course they don’t.

But whatever the nature of the disconnect between reality and perception we’re seeing on both sides of the issue, the fact that many cops feel targeted, disrespected, and maligned is very real.

Doing the job under normal circumstances is a difficult thing. But policing in an environment where there’s a perception of extreme hostility from the public is a situation no law enforcement officer should ever find him or herself in. That’s why it’s so important for police to exercise their First Amendment rights in supporting their brothers, sisters, and profession by peacefully protesting in support of law enforcement nationwide.

As the funeral of fallen NYPD Officer Rafael Ramos was taking place in the Big Apple, thousands of police officers, their friends, family, and supporters from all over the country took to the streets to make their voices heard.

Click the links below to read about the impressive outpouring of support from people all over the country who understand just what a great job cops do 99.99 percent of the time.